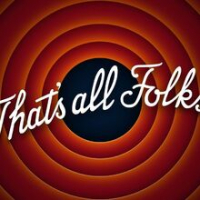 During our first week of essays we talked about the line and the breath and I linked to a Charles Olson essay by Brendan C. Gillott (he's from Cambridge in the UK) which was mostly too much academic circling but had this interesting quote:

"…Stephen Fredman, who's study The Grounding of American Poetry: Charles Olson and the Emersonian Tradition has as its premise that US-American poetry characteristically has no ‘ground,’ no inherited tradition, and that much in modern American poetry can resultantly be understood as a search for some form of legitimating history. In Fredman’s account, Olson found his ground in Emerson and the American Transcendentalists, often considered (with some justice) to be the United States’ answer to the European Romantics.”

This is our last look at Elton Glaser's “Entrances and Exits: Three Key Positions in the Poem” which you can’t find online or in a published book.

Glaser quotes some good people here, including this summary of the important position of an ending line by Tess Gallagher who says, “the way in which you finish a poem is the most important place in the poem, the place where you’re going to satisfy or disappoint the urges that got you to write the poem in the first place.”

Stanley Kunitz also has a good quote. He doesn’t want “neat little resolutions” but likes an ending that is “both a door and a window,” a jumping-off point, not a stopping but a place where perceptions are expanding out.

This reminded me of some Russel Banks short stories I just finished. None of them had resolute endings. But that still felt somewhat interesting.

Many writers and readers want something this essay describes as talismanic, something with the force of a proverb, gravitas, metaphoric, orgasmic, “the anchor or prophecy, prayer, or shadow of the apocalypse” (Maxine Kumin) or simply, a sense of closure.”

The problem is, truth and rightness are very relative. Think of two poems written in 2020 by a liberal versus a conservative poet. Both would be charged with alleged truths, gravitas and "rightness" in their own minds.

But James Merrill insists, “you don’t end pieces with dissonance.” There's some kind of musical closure these poets are describing. Tess Gallagher wants the “peak of emotion that contemporary writers think unfashionable, as if we haven't a right to our own passions and should taper off and be noncommittal in order to sneak up on the truth.”

And although I'm suspicious of poetic truths, I agree with Gallagher, too. We have a right to our feelings. And David Foster Wallace would warn us against abandoning them for fear of sentimentality. But it's not enough just to lay them out there. Everyone has feelings and passions. Do they rise to the level of poem's end?

Anne Sexton clarifies that “we don’t like poems that trail off” and Maxine Kumin continues the thought “so that the reader, poor fish, doesn’t actually know the poem has ended.” Kumin admits “it is possible for a poet to come down on an understatement that jars us to some apprehension of the truth.” She references the poems of Wallace Stevens and Charles Wright. Kumin likes the art of “shifting the focus or tone or intent at the poem with a socket wrench just at the end.”

The essay also asks you to beware of the forced ending with too much rhetoric. This is described as unearned, ornamental, too precious, fancy writing, that shows strain and hints at pomposity.

The essay lists helpful craft features for good endings, like imagism, repetition, sound and rhythm, puns, parallelism, antithesis, unusual syntax, unorthodox word order and asks us to look at the haiku's impact of great beginnings and endings in three lines!

Glaser himself seeks “carbon concentrated language,” pressure put to words and stopping when there's "nothing left to be said."

Howard Nemerov had my favorite comment in the piece, “Endings are somehow contained in their beginnings.”