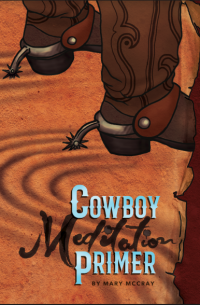 The release date is finally here!

Next Tuesday, September 4 on Amazon.com!

You can also download the 70+ page reader's guide (which is also a traveler's guide through the Goodnight-Loving Trail) for free. Download it at marymccray.com. 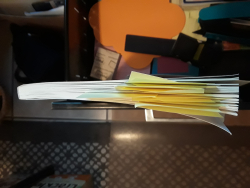 ....so then we found out we had to move. On top of everything else. Criminy! The fact that this book is coming out this year is a miracle. It's been rough. The last few months have been packing and planning a move. Not what I had in mind for this year at all.

But we've had a lot of help from friends and family and I'm grateful for that because it's kept things with this book on track, but barely.

But I would not advise putting out a book of any sort in the same year you have to move. It's financially and physically not a good idea. Had I known.

Anyway, I also want to point out how many edit drafts this process went through. If you don't love editing, don't self-publish. End of story.

This manuscript was originally written in 2014 and went through two (2) drafts of editing by myself and Monsieur Big Bang way back then.

This year the manuscript was professionally edited (probably the most expensive part of the venture apart from cover design). That was edit number three (3). Then I edited the manuscript one final time as I was laying it out for proofs. That was the fourth (4) edit.

You can see from the post-it notes above, proofs needed many edits too. As of today there have been six (6) rounds of proof editing.

We're at a total of twelve (12) rounds of edits. In the very last versions, you're often only editing one or two things, but it's time consuming. And you have to enjoy making small changes over and over again. Which I actually do. I really enjoy editing. I find it relaxing and productive. You wouldn't know if from all the typos in this blog but if I had the time I would take every post through 4-5 rounds of editing. But it's a free blog, so you get what you pay for.

This book isn't free and it needs to be error-free.