Mr. Big Bang and I visit quite a few college campuses on our travels and I love to peruse the campus bookstores. I've decided to start buying books of poetry by college faculty as a way to meet new poets.

I started this project on a trip to New Mexico State in Las Cruces, New Mexico. I picked out two books to review. 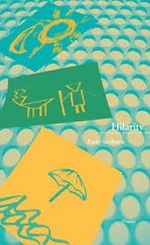 Seyburn is actually a California poet but she must have been teaching for a while at New Mexico State. Teachers move around.

This is a New Issues poetry book and I didn't like the cover or the binding. Although it was new, pages seemed a bit loose in my copy and the cover design is kind of flat.

But Seyburn is a whip-smart poet with a very fertile vocabulary. From the ars poetica poem, "The Alphabetizer Speaks"

I do not want the world a certain way.
The world is that way, and I am a vehicle
or the road of nomenclature. I tend the road.

"There is No Escaping the Inedible" was another good ars poetica piece. Of these two poets, Seyburn is the more intellectual and drier although both poets seemed to be inspired by the university atmosphere. For example, one of my favorite poems by Seyburn was "Pop Quiz. Read the full poem here.

In her own way, she writes about her culture. From "Cassandra in the Suburbs: A Monologue"

My line Jell-O containing cream cheese and mandarin oranges in the Bundt mould emanates like a crop circle; it attracts an repulses. I cannot slice it for fear of repercussions.

She has some creation poems in this book and a set of insomnia poems. The set called "The Emergence of Hilarity" could have been funnier.

She also the co-editor of the LA magazine  POOL: https://www.facebook.com/PoolAJournalOfPoetry 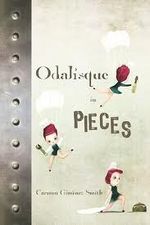 When I first opened this book I felt the first poem was uneven and disjointed but then I was loving these poems by the third one. Both realistic and fantastical, Smith works the border of surreal bleakness.

The father poems are particularly good, "Moonrock" and "How It’s Told." She also takes on cultural inheritance (she says "my kind" a lot) and motherhood.

"Dawn Versified" is a great example of her border writing, which is kind of LANGUAGE-y but feels much more accessible. Her great word combos pull you through.

The book is full of great girl powerness. She struck me as being a writer with  Anne Carson-like verbal bravery. She deals in vagueness but with definite finite edges.

There are a few series of moth poems.  Other good ones, "The Ever" and "Fortune: A Conversation" which ends,

Take this hindsight like a wallet
of cash, exchange it for the local currency, you
endless inversion. You optimist.

…A cavern of aching yen.

Her "Solve for N" reminded me of Patty Seburn's "Pop Quiz." You can tell these people have access to classes at a college.

Another good sample from "Why I Left"

Over dinner I asked if he had seen my hairbrush.
Without an answer, he brushed the ghost from my face.

Smith writes with a meaningless that means something. I also liked the book packaging and poem font. 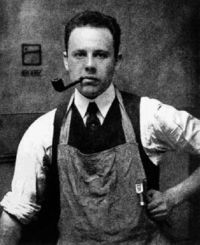 Recently I found this quote in a book about the modern artists of New Mexico, Voices in New Mexico Art published by the Museum of Fine Arts in Santa Fe. Famous photographer Paul Strand is quoted in a letter to Sam Kootz in 1931.

"Artists tend either to think out loud about their technical problems…or…frequently erect some romantic philosophy – some elaborate and misleading rationalization. Possibly one reason for this is that the creative process involves a balance between conscious and intuitive elements, and a critical analysis of the artist’s own spirit of himself upsets the balance."

"It seems to be the business of the critic, not of the artist, to get through…the artist’s essential attitude, not towards his medium but towards his world—life itself. When I look at a painting, a photograph, hear music, read a book, that is all that interests me—what living meant or means to the person who made the thing—not so much how, but why, they made it."

Posted at 06:47 PM in Think Outside the Lament, Whole Life of the Poet | Permalink | Comments (0)