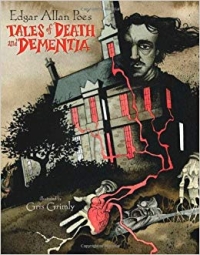 I keep trying to think outside the book and this makes me appreciate books. But also things that aren’t books.

Recently I read two anthologies of Edgar Allan Poe stories that pushed the boundaries of prose on paper. One was an illustrated anthology I bought back when we lived in LA: Tales of Death and Dementia, Illustrated Edgar Allan Poe by Gris Grimly. Grimly also did a similar Mystery and Madness book with other Poe tales.

Edgar Allan Poe stories are perfect candidates for visual remediation in cartoons, comics and animated apps. Poe is famously Gothic and his stories can be dense slogs. These formats open up his stories with a bit with some visuals and sound. His plots are always so inventive but written so, well, gothically, that he’s stayed relevant in probably every medium but probably least of all books. Interestingly, all Poe products seem to use his face as part of their branding. He’s got such a Gothic mug.

The illustrated book included these stories:

The Tell-Tale Heart
The System of Doctor Tarr and Professor Fether
The Oblong Box
The Facts in the Case of M. Valdemar

As a side note, my brother and father had an argument on a recent visit about whether comics (illustrated novels, etc ) rise to the level of art. My Dad and I were on the side that they did. My brother, who did illustrate pretty well as a kid, believes they do not.

Articles on the topic:

I would also recommend for consideration, The Carter Family, Don’t Forget the Song by Frank M. Young and David Lasky which I feel rises to the level and comes with a CD. You could argue that folk music history tracks really well to an illustrated novel, especially to communicate landscape and scenes and for dialogue-heavy storytelling.

There are three apps of Poe stories from iClassics. I read them all on my iPad. This was an even better experience than the comic stories because animations and interactivity brought out the visual beauty of the stories with a full orchestra and rich color. Much of the animation is triggered by interactivity which gave the stories an exciting feeling of suspense you wouldn’t get from even page turning. In fact, the apps were kind of really scary. Stories were interspersed with poems.

iClassics also had a great feature where you could scan through the pages at any time to see how much more reading was ahead. You could flip through them and go backwards to find parts of the story behind you.

My only complaint with these beautifully created experiences is the overly fetishistic cartoon boobs on all the Gothic gals. Firstly, kids are reading these. Secondly, it indicated these apps were created by a bunch of immature boys considering none of the men in the stories got the same hyper-sexed treatment.

The Black Cat
The Raven
Hop-Frog

The Facts in the Case of M. Valdemar
Alone
The Cask of Amontillado
Eldorado

Here are some screenshots to compare the drawings from the comic and the app. 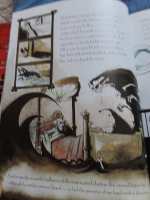 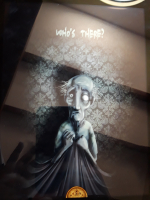 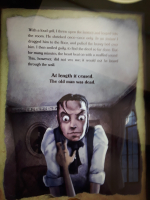 The Facts in the Case of M. Valdemar Comic Book vs. App 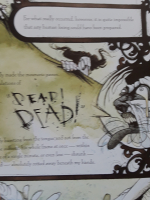 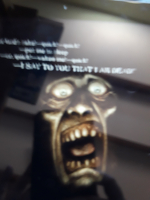 Here's a video sample from the app.

I also read iClassics’ The Legend of Sleepy Hollow which is very wordy for a short story but the app made it finally readable for me. For someone who loves The Headless Horseman story, especially the Scooby Doo episode which scared the beejesus out of me when I was a kid  and the TV movie where I developed a preteen crush on Paul Sand. However, I’ve never been able to get through the original short story.

One interesting thing was the reference of the word “cowboy” in The Legend of Sleepy Hollow. I was surprised by this considering the story was written so early, in 1820. Was this an app translation issue or was that word really in the story? Through Project Guttenberg site, I was able to do an online text search to see if indeed it was in the source. It was.

Unrelated to this project, I’ve been reading a great book about digital literature (more on that later). Anyway, the book talks about all the uses of Google’s Ngram viewer (a tool that uses Google Books to search word usage throughout time. So I searched for the word “cowboy” and found the big spike of usage in 1880 (as expected, post Civil War, during the western expansion and the great cattle drives). So where did Washington Irving pick it up in 1820?

The first appearance was 1798 according to the Ngram viewer but cowboy history tells of a much-earlier reference. Jonathan Swift coined the word in 1725 while simply referring to the boy who tends cows. So Washington Irving was using a very boutique word for the time.

Over the weekend I also read Oscar Wilde’s The Cantefield Ghost, which I had never read. I also watched the 1940s movie which was silly and I really struggle watching Margaret O’Brien for some reason. The app was a much better experience of the original story.  I also love the sound of pages turning, which has the sound of really good parchment paper. This was my favorite iClassics app so far. 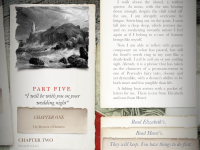 I’m also reading Inkle’s choose-your-own-adventure version of Frankenstein retold by Dave Morris. This version takes place in France after the Revolution. So far this format hasn’t been very engaging. Although I do love the visual of having scraps of paper stitched into scrolls for each choice you make. This app requires much more reading and the choose your own adventure format isn’t as satisfying when you already kind of know the ending, such as with autobiographies (sorry Neil Patrick Harris) stories you already know even if they’ve been retweaked.  It’s also hard in the Inkle book to tell how long each section will take to read. Turns out, this is a major feature of the paper book. I’m sleepy and I want to know how much more of a section I’m in for.

Online poetry classes: It’s been a while since I posted about online classes. I keep checking all the platforms and over the last year there haven’t been many offerings.

Except I just found this William Wordsworth class offered by Lancaster University delivered through FutureLearn (there’s more international stuff on this platform). So I signed up. Starts in September.