« A Book About Trauma: Writing as Therapy, Writing as Witnessing | Main | Time to Make a Move »

The Essay Project: Bits About Value, Confession, Intimacy, the Poetry Buffet and the Unconscious

We’re getting down to the bottom of the Sarah Lawrence essay class stack. It's hard to estimate how many we have left, but a lot of it is probably unbloggable. Below is a short-stack of five single paged items that are not necessarily related but some are.

The first is a Time Magazine Art section piece from February 1996 by Paul Gray called "Attention Name Droppers." At the time, a formerly obscure and newly attributed 16th century Michelangelo statue of Cupid had set philosophers of value into a tizzy. The same thing had also just happened with a newly found Shakespeare elegy.

“It is easy to see why people who make their living studying Michelangelo and Shakespeare should be agog at the possibility of more material to occupy their attention….[but] neither the Cupid or the elegy is intrinsically different now, in the full glare of worldwide publicity, than a few weeks ago, when both enjoyed obscurity.”

Exactly. And this is what make these valuations problematic…always. They're based on social ideas, not objective ones. We all think we're objective, but...

I’m always referencing this book How Pleasure Works: The New Science of Why We Like What We Like by Paul Bloom because it exposes just this kind of illusion we have about what good judges we are of things like music, food and art. There’s a similar story in the book about a painting that had one value before being discovered as belonging to a famous artist and one afterwards. Or maybe it happened the other way around, that what was deemed a brilliant thing was suddenly discovered to be not so brilliant because it suddenly wasn't attached to a famous person anymore.

“Aesthetics,” Gray says, “for all the millions of words that have been written on the subject, remains an inexact science. We cannot say why a painting once supposed to be a Rembrandt loses face when its connection with the master is disproved, even though it looks just the same as it did when we admired it before.”

Perfectly said. Except that we can say: judgement is social, judgements are made based on social pressures, social aspirations, social likes and dislikes, even if they’re subconscious. 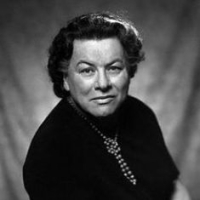 There’s a three paragraph excerpt of Muriel Rukeyser from her 1949 book The Life of Poetry about confession and revelation: “Confession to divinity, to the essential life of what one loves and hopes, on a level other than the human, is full of revelation. The detachment, here from conscious to unconscious emotion values, has the power to change one’s life.”

“But there is another confession, which is the confession to oneself made available to all…the type of this is the poem in which the poet, intellectually giving form to emotional and imaginative experience, with the music and history of a lifetime behind the work, offers a total response. And the witness receives the work, and offers a total response in a most human communication.”

Very similar to her earlier statements from the Digital Poetry post I made back in June. I’m just beginning to understand Rukeyser. Baby steps. Powerful stuff. 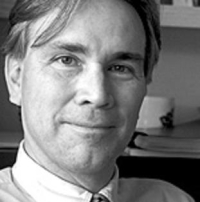 The next piece is from Donald Revell’s book The Art of Attention where he talks about poetry being a form of attention, “itself the consequence of attention. And, too, I believe that poems are presences.”

He quotes Ralph Waldo Emerson to say, “There is then creative reading as well as creative writing…the creative act is continuous, before, during, and after the poem. An attentive poet delights in this continuity…I am speaking of intimacy, which is an occasion of attention. It is the intimacy of poetry that makes our art such a beautiful recourse from the disgrace and manipulations of public speech, of empty rhetoric. A poem that begins to see and then continues seeing is not deceived, nor is it deceptive.”

He then quotes this from Walt Whitman:

Revell says, “the poem of attention is not merely a work in progress; it is a work of progress in the most natural sense.” 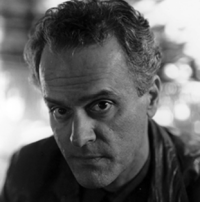 The next is a grumpy little column from W.S. DiPiero called “One Paragraph on our Poetry.”  It’s a long paragraph of which I’ve only excerpted about half, starting where he says,

“what’s wrong with it is that it’s worried about being right. Heart-throb platitudes, huggy acecdotalism, outraged stridencies over injustice in countries to which the poet migrates in search of worthy subjects, scrupulous self-censorship….agonies endured (or sworn to) entirely for the ‘appropriate dramatic fulness’ of a poem….valiant eloquence in defense of poetry…Does it matter? Poetry which exists in all of its words but which does not need only words for its existence…”

and then he takes on the new formalists.

Not much to say about this except that maybe it’s just best to just skip the dishes in the buffet you don’t like, instead of railing at all the eaters. Pea soup isn’t for everyone.

The last piece is a collection of two blurbs about the unconscious. The first is “Writing and the Unconscious: The Imagistic Leap” from The Portable Jung that relates analytical psychology to poetry:

“the writer’s conviction that he is creating in absolute freedom is an illusion” and that artists are swimming with an 'unseen current' and guided by it and that it is a psyche 'which leads a life of its own' and that only a writer who 'acquiesces from the start' can begin to function.

The other little piece is from Robert Bly’s book Leaping Poetry.

“a great work of art often has as its center a long floating leap from the conscious to the unconscious” and possibly many leaps. He also says that “powerful feeling makes the mind associate faster…increases the adrenalin flow, just as chanting awakens many emotions.”

Posted at 11:09 AM in Craft, Poetic Realities, Think Outside the Lament | Permalink