The Essay Project: Tips and Postmoderns 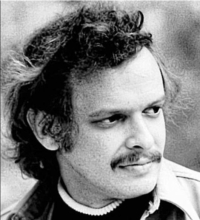 The final essay in the David Rivard Sarah Lawrence class packet is an introduction to the book Helpful Hints, Notes on Writing Poetry by Jon Anderson. Coincidentally, the next essay in the Suzanne Gardinier essay class is also an introduction (in some cases, these are really good essays) to the book The Postmoderns, The New American Poetry Revised edited by Donald Allen and George F. Butterick.

Anderson’s tips are from his days teaching and he cautions us that all his tips are “not applicable to everyone’s writing, that, in fact, their opposites might be useful.”

He states he wanted the tips to be brief, not prescriptive.  Our teacher, David Rivard, must have considered these useful tips as well. When reading any list of tips, there are always plenty of things you like and don’t like. Everyone’s experience is so different as writers. I won’t focus on the tips I disagreed with. But I can tell by my notes from the 1990s in the margins that any advice to try imitate another poet’s voice or style struck me as scary and dangerous. I must have been afraid of losing myself.

Here are my favorite tips: 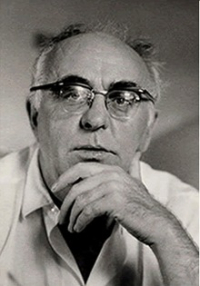 The next Suzanne Gardiner class essay is the preface to an anthology of Postmodern poems which mainly aims to explain what postmodern poets are and where they came from.

The editors date postmodern poetry to begin at the end of World War II. “Modernism came to an end with the detonation of the Bomb in 1945."

The preface doesn’t remark on Theodor Adorno's famous quote post-Auschwitz that ''after Auschwitz, to write a poem is barbaric'' (1949) . Most definitely this influenced post-modernisms experimentations too.

Postmodernims is characterized as “experimental” and the editors list poets' influences as “Emerson, Whitman, Pound and Williams," egregiously ignoring ALL the womenfolk: Gertrude Stein, H.D. and Emily Dickinson whose influence was just as powerful.

This “underground” was first formed in “schools” like The New York School, the Beat poets and the San Francisco renaissance poets and the Black Mountain Poets, and all the other avant-garde of the 1950s.

They were writing against: academic formalism.

They consider themselves: revolutionaries.

“Their most common bond is a spontaneous utilization of subject and technique, a prevailing “instantissm” that nevertheless does not preclude discursive ponderings and large-canvased reflections. They are boldly positioned and deft, freely maneuvering among the inherited traditions, time-honored lore, and proven practices, adopting what they need for their own wholeness and journeying.”

Because the photocopied prefeace is from a later-day reissue of the anthology (1994), the editors briefly sketch out which poets were added since the original volume came out 20 years prior.

That's 38 poets of which 5 are women. Just sayin’ they could have done better. The editors tried and failed to organize poets by geographical boundaries. They ran out of room for theoretical writings and poet statements.

Charles Olson’s essay “Projected Verse” starts things off, as Olson they say was the first to use the term “postmodern.”

The most interesting part of the preface for me was the comparison of how each writer conceptualized the idea of postmodernism:

They see postmodernism as “bold” and “heroic” which seems a bit over-the-top.

But there are some other adjectives that apply to the definition more specifically and helpfully: “idiosyncratic, “flexibility,” resilient and advantageous syntax,” exploration of language as a system,” “a different disposition of self,” a “quick willingness to take advantage of all that had gone before.”

Although the postmoderns are too "of their time" to comment on their own culpability in leading us where we are today, they are distant enough from their elders to criticize the moderns for similar liabilities. As they constrast postmodern from modern, the editors say “…if it’s true that the attitudes and commitments of modernism helplessly produced the Bomb and other forms of species alteration.”

We all helplessly produce untintended consequences.

This paragraph is a good definition what postmodernism is:

"These poets have taken advantage of the gains of imagism and surrealism, the chief accomplishments of poetic modernism. They are the grand and multifarious [not so multifarious if your read the table of contents] fulfillment of the vers libre of the early 1900s. Many demand a reorientation of values, a reexamination of the very premises of Western civilization. Most seek for the individual, a new relation toward his or her world, a new 'stance toward reality,' where each poem’s line, whether long-breathed or tightly controlled, is open to its own possibility, where the syntax responds with vital immediacy to the moment’s pulse. They are revolutionary, characterized by a willingness to seize the romantic imperative, to seek alternatives to the ‘static’ quo.”