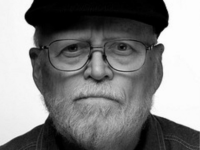 This next article from the Suzanne Gardiner class at Sarah Lawrence was an interesting one, "1NK M4THM4T1CS, 4N 1NTRODUCT1ON TO L4NGU4GE POETRY by JOEL LEW1S" and it appeared in the magazine Poets & Writers in Sept/Oct 1990.

One of the interesting things about this old P&W article from 1990 is that it wasn’t wall-to-wall Writing MFA ads like it is these days. This article only has three: Washington University in St. Louis, Vermont College and Cleveland State University. Which seems like a lot but it's not. There are also ads for journal subscriptions, writing competitions and book publishers.

In this essay, Joel Lewis quotes Language poet Charles Bernstein to say Language poetry “does not involve turning language into a commodity for consumption; instead it involves repossessing the sign through close attention to, and active participation in, it’s production.”

Lewis traces what exactly Language poetry was reacting against starting with the New York School's opposition to the New Criticism of the 1950s, “the egocentric, single-image, quasi-romantic poem that dominates literary magazines.”

The irony here is that language poetry has come to dominate magazines and book prizes over the last few decades every bit as much as new criticism once did. And how strange it is that everyone is always reacting against literary magazines and most likely because their poems were not getting into them (which involves its own egocentricity). And then considering the very small readerships of literary magazines, it's quite amazing so many revolutionary poetries result.

“I look out my/window and I/am important” jokes scholar Robert J. Bertholf. Even the line breaks are true. Bertholf continues with the satire of the typical workshop instructor asking, "Has s/he earned this last line, class?”

You can see why someone would want to revolt.

Lewis says “it seems that mainstream poetry exists simply to justify an apparatus of writing grants, workshops, summer poetry camps, and magazines, rather than for any reading audience.”

Which is an interesting thing to say because I can tell you this: thirty years later Language poetry has done nothing to change that fact, but arguably made it worse.

There’s a fine line between art pieces that use words as visual material and experimental poems that do the same; and I feel language poems sometimes cross that line depending upon the intent of the poem. Lewis overtly states this when he says Clark Coolidge’s landmark 1970 book Space “turned the subject of poetry onto itself by treating words as solid objects, much in the way a painter uses a tube of oil paint—as material for making art.”

The intent of sense making by parataxis is a different intent that separating words entirely from any sense-making aim. And word as paint, wood or any kind of object steps away from poetry and becomes a physical object of art. I have the same issue with digital poetry that likewise doesn’t use words for any language-sense-making aim.

Lyn Hejinian, Ron Silliman (pictured above), Charles Bernstein and Bruce Andres and their journals from the 1970s and 1980s are discussed.

“Admittedly, a good deal of the poetry is difficult. It requires that the reader drop his or her notion of the poem as anecdote or self-revelation and accept it as a ‘living document of the author’s engagement with the reader and the world through language as the agent of shared thinking.’”

This reminds me of a very talented undergraduate poet I knew at University of Missouri-St. Louis named Diane Harvestmoon who once said she read Gertrude Stein like listening to rain falling. I finally got it and still believe her definition of language poetry was the best I've ever heard.

“This is not writing aimed at reaching the masses, but at that fierce and devoted group of believers who are already serious readers of poetry.”

Poet’s poets. Scientist’s scientists. There is a definite need in the world for pure experimentation away from any practical application. And sometimes, like unintended consequences from pure scientific experimentation, there are found practical benefits. These poets ask “’How does it make meaning?’ Rather than ‘What does it mean?’” This means these poems study the way we read poems, which is important but not for everybody. There are other neccessary goals for poetry. When anyone makes the statement that this is the new poetry and other poetries are done for, then we have a problem. When magazines and book prizes publish mostly language poetry, then we are leaving out other vital audiences and experiments.

I, myself, am interested in project-based language poetry which Lewis here calls “procedural investigations”like Ron Silliman’s using no verbs in his poem “Sitting Up, Standing, Taking Steps” or Ted Greenwald’s poem on one-word lines, “Makes Sense” or David Melnick’s poem using a “self-invented vocabulary list,” “PCOET” or Len Hejinian’s poem “My Life” which is almost autobiographical but in a mishmash scramble:

"…Why are these people writing to each other. It’s true that there are times when its embarrassing to have come from California. The late afternoon light, which my mother always referred to as “backlighting,” gentled the greens with blue and grey. I only want the facts. It’s o.k. to have pancakes for dinner.”

These writers are trying to get out of their own heads and Lewis says they are not interested in writing what they already think. He traces their influences to Walt Whitman, Emily Dickinson, Louis Zukofsky, Gertrude Stein, Robert Creely, Charles Olson, John Ashbery, Larry Eigner, Francis Ponge, Paul Celan, Vladimir Khlebnikhov, early William Carlso Williams, 1960s cinema and art, the writings of earthworks artist Robert Smithson, minimalism, scientific, nonliterary vocabulary, Rolan Barthe’s writings about the death of the author and other ideas of post-structuralists. These poems reject new Criticism’s ideal of "representational language carrying meaning in a story or anecdote."

The problem with destabilizing authorship (which eventually results in destabilizing expertise and somehow humility) is the atmosphere of meaninglessness we are living in today, where everyone accuses their neighbors of fake news. To challenge reality is to destabilize it and there are political ramifications for that once the cat is out of the bag. To use a flawed piece of rhetorical language.

Like digitial poets, language poets have written a lot of criticism and theory. And Lewis admists “these critical writings are far more interesting than Language Poetry itself.” I’ve said as much about early digital poems. “Their works may become little more than fodder for numerous internalized academic debates. Will Language Poetry become part of the very institutions it opposes by providing yet another entrée on the menu of Modern Language Association (MLA) conventions.”

Lewis also points out that Language Poetry “has generated a great amount of outright hostility….Poetry raders, at some level, are a society of believers….has faith in the rituals of the form: the conventional handling of metaphor, closure, and the narrative are not only accepted by expecte, and any desecration of the tabernacle of poetry often results in the cry of ‘philistine’ or anti-poetry.’”

There’s also a new accusation of white privilege made against language poets, that these poets exist in a safe harbor that permist the luxury of experimentation and play. Marginalized writers may feel pressed to keep trafficking in sense-making. No group is monolithic, however, and there are experimental black poets like Harryette Mullen. But many other poets from marginalized communities might feel they cannot afford to avoid the poetry of poltical witness in service of what Language Poetry critic Tom Clark calls “the usual disjointed, self-referential mucking about grammar.”

Because even these attempts to avoid the self somehow comes back upon the self and self-referenced process.

Ron Silliman admits this poetry “threatens established thinking” and so it now exists as threatened. We are now wringing our hands at the loss of rational thinking on social media and in govnerment. Instead of pushing readers to use their critical thinking skills more, people have given up figuring out the new quagmires and as a society we're all doing far less critical thinking.

So although I feel there is a need for this type of experimentation and I personally enjoy reading the results, the project’s goals have not been met…like...at all. I compare these language experiments to spending the last decade watching ghost-hunting reality shows. I really enjoy it; I always hope they’ll find proof of a ghost; but reviewing the results from ten years ago against shows of today we don’t have much to show for all of it. Does that mean we should stop trying to prove ghosts exist? I don’t think so. But we should have more humility and, like any good scientist, reconsider our hypotheses.

The artcile also includes some sample writings from Charles Bernstein which encapsulates language poetry's goals in a surprisingly sensical way:

“Poetry is like a swoon, with this difference,
it brings you to your senses.”

And this from Rae Armantrout

“Going to the Desert
is the old term

the glitter of edges
again catches the eye

to approach these swords!

lines across which
beings vanish / flare

the charmed verges of presence”

and this fragment from “Person” by Bob Perelman:

no matter how liberal the building codes
glass houses conceived in sin from day one
blizzards of chance down on the fountain of youth
all without a verb
because capitalism makes nouns
and burns connections.