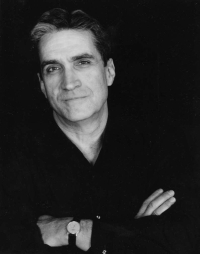 We’re back to the essay bundle from David Rivard’s Sarah Lawrence Class. And I'm to the Robert Pinsky essay, “Poetry and Pleasure” which was from the book Poetry and the World (1992). You can also catch the essay online.

So Robert Pinksy: very respected as a critic of poetry, even among those who dislike poetry criticism. A few times I’ve tried to enjoy his essays (particularly in The Situation of Poetry) but I have always failed pretty hard. He’s so dry and stuffy, I always thought.

He begins this essay talking about a poem he loved as a child and its essential physicality, “what I could feel the consonants and vowels doing inside my mouth and in my ears.”

He talks about Yeats and “the idea of pleasing…[the] sense in which a work of art is a gift, a gift of pleasure which some of us aspire to give.”

He then talks about magazine and workshop poems and even “one’s own poems” that fail, “they are not interesting enough to impart conviction. Most of them fail to be surprising or musical or revealing enough to arouse much interest.”

Then he goes on to say the most interesting poems for him have the same quality as songs, jokes and personal letters “which embody for me the qualities of physical grace, lively social texture and inward revelation.”

You could easily say this about many other cultural artifacts so his short list is a little curious, but I like these things too so why quibble.

By physical grace he says he means “the counterpoint of their music and their sentences…..something that approaches actual song." He says, "Here is Ben Jonson singing” as he introduces the Jonson poem “His Excuse for Loving.”

Jonson “defeats the predictable” Pinksy says and “the elements that delight us appear to grow out of the swelling sense that he will sing, even though expectation and age threaten to hold him back.” It is an achievement of “personal expressive rhythm” Pinksy says.

“As to jokes” he continues, it is their structure. And here I have to say this really warms me to Pinsky, his explications of comedy is this serious way.

“I think that the idea of ‘good jokes’ and ‘bad’ ones reflects a misconception; the timing and social placement of the joke, and the textural pleasures of its telling, matter far more than the mechanical burning of a narrative fuse toward the little explosion of a punch line.” 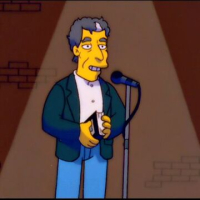 “The joke about the one-armed piccolo player might be right for a certain moment after a picnic, but not for the car ride home. …People naïve about jokes fail to see this enormously social, contextual  limitation to the form, and are bewildered  when the Jewish parrot joke that caused tears in one setting invokes only polite smiles in a slight different one; moreover, such a teller exaggerates the importance of ‘how’ it was told, while underestimating the original teller’s sense of precisely when to time the joke.”

Doesn’t this explain where we are today? The tragic internet-is-everywhere drifting of jokes  into social areas where they were never meant to drift and causing high offence?

He goes on to talk about a joke’s “charm of texture," touches of joke-telling that “establish context and conviction, make up the living body of a tiny work of art, for which the punch lines is merely the graceful closure.” What we call "‘taste’ or ‘timing’ or ‘tact’ or ‘wit.’"

A problem poets and comics have in common, he says, is “how to arrange and dispose a feeling—how to put something first, something else second, and so forth. The silliest joke, too, must solve this problem...The skill…of presenting the joke is in presenting the dance or tension of the two elements, ordinary and bizarre.”

Pinsky finishes by talking about “music’s grace” being “the most basic aspect of a poem’s appeal” but that the social contextual sense is the next “profound pleasure….by revealing to us the inward motion of another mind and soul.”

He explains his love of letter -writing in this regard because he can go “a little further into myself than I might in conversation; the element of planning or composition seems to strip away barriers, props, and disguises, rather than to create them.”

Did I even realize this before he said it? What is a blog if not a long letter into the self?

“And this bunch pluck’d at random from myself,
It has done its work—I tossed it carelessly to fall where it may.”

“Such movement cannot be affected or faked. It comes from conviction: confidence in the power of rhythm; trust in the social generosity between artist and audience; belief in the movement of one’s own thoughts and feelings. Convincing movement is what commands interest. (Boredom appears to be a response to tunelessness, timidity, or weak faith in the work of art, a sense that the soul is standing still.)"

“Human reason is beautiful and invincible.
No bars, no barbed wire, no pulping of books,
No sentence of banishment can prevail against it.

And poetry, her ally in the service of the good.
As late as yesterday Nature celebrated their birth,
The news was brought to the mountains by a unicorn and an echo.
Their friendship will be glorious, their time has no limit.
Their enemies have delivered themselves to destruction."

Pinsky says, “It is good to read a poem that suggests that poems are supremely important…[that] promises vital, unsuppressible knowledge…[with] the most pleasurable ways of knowing.”

Great essay. Maybe it was me who was dry and stuffy.