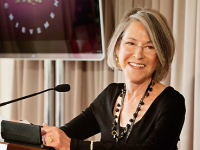 I’m really excited about the latest essays I’ve been reading. At the end of last year I concentrated on books by Louise Glück, starting with American Originality: Essays on Poetry (2017). I was prepared to not like it because of one reviewer claimed it was a defense of American Narcissism. The reviewer turned out to have read only the first short essay, (lame reviewer), and Glück was not even defending narcissism, but explaining how America got hooked on it. 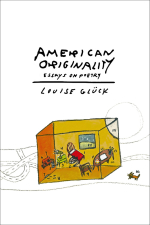 In any case, I was forced into a crash course on reading Glück prose, which is difficult and abstract and even though her essays are often short and tiny, they always required slow, concentrated reading. She reminded me of C.K. Wright in that way, their dense, packed gems of thinkings.

There’s also a big of sexism in me that prickles when women write like word-tangled academics, as if being complicated is an attempt to keep up with "Professor Guy," who throws his weight around with unnecessarily big words and complicated sentences, doing little to communicate anything but intimidation to his readers. I said the word obtuse earlier incorrectly but I was searching for willfully obscure and esoteric. Inaccessible.

Stupid me, this is not what Louise Gluck is doing at all. She is just very precise and particular. In fact, I came away thinking Glück prose is probably the smartest, most perceptive writing on poetry I’ve yet come across. And I fully appreciated her willingness to write about modern poetic realities instead of the same ole easy targets, like lamenting the state of current readerships. Her ability to parse modern conundrums might just take the top off your head.

Well, at least half of it will. The other half contains introductions to book contests Glück has judged over the years. Although including them in these essays feels like a generous impulse, book introductions are hard to like. They’re not journal or magazine reviews, which tend to be more holistic about a writers life or themes. Introductions are also not fully satisfying out of context and if you haven’t read the book’s they refer to, the quotes leave you feeling more disoriented than enlightened. They also don’t quite whet your appetite for the book the way book reviews do. That said, in many of these introductions Glück presents a formal or stylistic challenge each writer has overcome and you get a few paragraphs on the drawbacks of each style or form, including some good conversation around things like nonsense writing and irony,  (“Irony has become less part of a whole tonal range than a scrupulous inhibiting armor, the disguise by which one modern soul recognizes another…characterized by acute self-consciousness without analytical detachment, a frozen position as opposed to a means of inquiry”). See what I mean? It’s tough chewing but worth slowing down for that.

Other big topics she tackles: American ideas of originality and self-creation and how ironically the “triumphs of self-creation (and uniqueness) require confirmation, corroboration,” confessional poetry and self-absorption and what is narcissistic and not narcissistic: “the sense that no one else is necessary, that the self is of limitless interest, makes American writers particularly prone to any version of the narcissistic. Our journals are full of these poems…a net of associations and memories, in which the poet’s learning and humanity are offered up like prize essays in grade school.”

She talks about what being really smart means and the thirst to be perceived as a smart poet: “Central to this art is appearance: less crucial to think than to appear to think, to be beheld thinking.” And later she says, “This means that certain brilliantly intellectual writers are not treated as intellectual writers because they don’t observe the correct forms…it does not conform to established definitions of intellectual daring.” In this, she includes poems that are “too lively” or “grammatically clear” or “not on the surface difficult.” This reminded me of the New York Times Magazine’s essay on “thirst.”

You could also say all the same things about comedy writing and the false hierarchy of value in all forms of writing and thinking.

She also covers language poetry and fragments: “in the absence of context, fragments, no matter how independently beautiful, grow rapidly tedious: they do not automatically constitute an insight regarding the arbitrary….[they are] a strange hopefulness…born of a profound despair, the hope that, in another mind if not one’s own, these images will indeed cohere…the hope that if one has enough memories, enough responses, one exists….the longer the gesture fails, the more determined the poet becomes.”

She even lists out the tactics of language projects: incompleteness, focusing on the what-is-missing in human communication, aborted attempts, gaps, the unspoken. She tracks how quickly those strategies “turn rote, how little there is to explore here.” She says, “the problem is that though the void is great the effect of its being invoked is narrow.” She says, “the paradox is that the named generates far more complex and powerful associations than does the unnamed.”

This is particularly good: “The unfinished alludes to the infinite…the sense of the perpetually becoming is conceived as a source of energy, also a fit subject for intellectual speculation. The problem is that there is nothing to say once the subject has been raised.” At the end of the day, “the experience of reading a stanza is not different from the experience of reading forty stanzas.”

It’s sort of shocking to me how old these essays are (late 90s) and how we’re still being asked to read forty more stanzas of the same language experiments year after year.

She also covers myths, personas, narrative, image poetry, fear of closure and the embrace of chaos. And her comment here jives with what David Foster Wallace once said in defense of sentiment: “Distance for sentiment, anxiety at the limitations of the self, create contempt for feeling, as though feeling were what was left over after the great work of the mind was finished.” Yes! Thank you!

She talks about political poetry, too often compared, she says, to the lyric and she feels these “distinctions are a matter of degree.” She talks about the cult of beauty’s lack of insights versus projects that explore puzzles and arguments.

Probably the most moving section covered why we write: the idea of personal growth and healing compared to reflections on loss and suffering, unhappiness in art, true risks of happiness, authenticity, the creative being and suppression of all other selves. Contrary to the idea of the troubled artist, Glück says the happy spirit, “fortified, can afford to go more profoundly, more resourcefully, into the material, being less imperiled.” “Well-being,” she says, “seeks out the world, a place likely to be more varied than the self.” 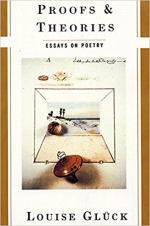 And that book led me to her earlier essays, Proofs & Theories (1994), which was very similar in its intellectual density, including essays about:

My favorite quote from this book: “Poems do not endure as objects but as presences. When you read anything worth remembering, you liberate a human voice; you release into the world again a companion spirit. I read poems to hear that voice. And I write to speak to those I have heard.”

Posted at 08:32 AM in Books to Read, Craft, Poetic Realities | Permalink