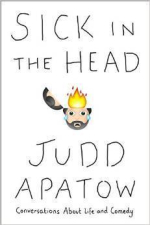 I feel, from a craft perspective, these conversations are pertinent to writing poetry. Gary Shandling, for example, talks about how it took him almost a year working on one joke and how it evolved over that time. Comedians place close attention to word choice and rhythm plus other elements of creative thinking: how long to write each day, where the best writing spots are. So it’s a good craft read.

This year my journal explorations have led me to Ploughshares. I’m really enjoying poems and the essays but not so much the fiction. One Story still sends the best short stories. Even The New Yorker stories are hit and miss for me, (I’ve saved up a year’s worth from an old subscription).

I love the essays in Ploughshares but they are not literary essays like those from American Poetry Review.  I loved the essay on obscure playwright Susan Glaspell, the one by a sister who had a brother with mental illness,  and "Breath" by Mimi Dixon which was about breathing and her father who was a 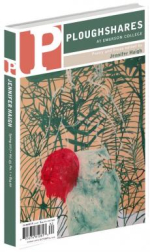 Ploughshares also gives you a generous amount of content. I look forward to digging in each issue as it comes.

And I love all The Poetry Foundation does, but I still have unread Poetry magazines from that subscription two years ago. So far, for my taste over the past 4 years, the journals break down like this:

Rattle: best poems, but no essays or fiction.