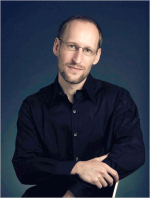 I continue to be obsessed with arguing this issue. Recently, I read a New York Times Book Review article by poet David Orr, a very well written essay on why Dylan shouldn’t have won the Nobel Prize. It’s well written but I didn’t say it was well thought-out.

Ah snap! Just kidding. David Orr is the New York Times poetry guy. He’s pretty respectable. But I still don’t buy all this protest. Orr hit the thing from many different angles, so let’s go through all of his points one by one.

One: Orr starts by criticizing the prize panel for two of their previous supposed flubs: one--ignoring Robert Frost, a very popular poet and two--honoring a more obscure poet, Erik Axel Karlfeldt.  Well, the Nobel list of winning poets is a complete hodgepodge of the famous and forgotten. Orr seems to be making the argument that popularity should determine this prize. It shouldn’t. If it did, poets would hate that and the committee would be accused of pandering to popular taste.

Two: I actually think this comment about the controversy is very funny: “Various Dylan fans continue to be pleased, various English-language novelists continue to be annoyed, and various American poets continue to say something or other that no one is paying much attention to.” Yeah, I actually agree with this…and that’s me and Orr both.

Three: Orr says “Beneath the surface of this amusing situation [the word choice 'amusing' sounds a bit haughty but whatever]…is an intriguing tangle of questions about high and low culture, the nature of poetry, the nature of songwriting, the power of celebrity and the relative authority of different art forms.” The arguments of post-modernism going on since the 1960s pretty much have dispensed with the divisions between low vs. high-brow culture to young audiences, so this is not-so-much an issue anymore. And I wonder if this is really a power struggle between the relative authority between song lyrics and poems, a subjective and unwinnable fight. Who could judge? Celebrity is a problematic concept, as well. What obscure writer could ever win? Even the aforementioned Karlfeldt was known in his time.

Four: Orr agrees that lyrics look like poems but they are rarely printed on a page to be read as poems, unless you can’t decipher them on the radio. I don’t see the relevance of this. Many electronic and eBook poems are never printed either. Many art pieces, performance and slam poems are never printed. This doesn’t make them not poems. Orr might say you never did see a slam poet winning the Nobel and you haven’t yet; but that doesn’t mean this should be out of bounds. The Pulitzer is a good contrasting example--a prize for specific listed types of literature, books, papers, magazines, online journalism or musical compositions. Hey, they even include musical compositions! The Nobel is a somewhat more nebulous prize to an author.  I took a class once on Nobel Prize Winning Poets and a big question for us was whether the poet had won for a single poem, a book, a lifetime of work, or a lifetime in service to poetry. The award just says it’s for an“ outstanding work in an ideal direction.” That doesn’t mean much. It's not clear and that’s the nature of the prize. So you can’t insist it must be for a printed work.

Five: Orr believes screenplays and theatrical plays resemble each other more than songs and poems do. However, all those pieces can be classified as Literature, which this is a prize for. Why exclude lyrics from that definition? Would you exclude screenplays to musicals because those works also include music? According to Wikipedia, “Literature is any piece of art deploying language in ways that differ from ordinary usage.”  Oxford’s definition is more exclusive singling out written works and would exclude electronic literature. Maybe Orr would too. But that’s incredibly outdated right now and, as we shall soon see, Orr doesn’t want us to be outdated.

Six: He says the ancient Greeks didn’t distinguish between poems and songs but “the fact that a group of people thought about something a certain way nearly three millenniums ago doesn’t seem like a compelling argument for thinking the same way today.” Good argument. That’s exactly why we wouldn't want to exclude electronic literature in the realm of Literature. And it we include Electronic Lit, we're opening the door to paperless pieces. The truth is poets love origins: poem origins, word origins, form origins. And inclusiveness is a modern idea, the blurring of borders is also a very popular contemporary tradition.

Seven: Orr says that lyrics and poetry both incorporate rhythm and rhyme but that poetry has the “relatively straightforward challenge of poetic meter [where] songs are a unity of verbal and musical elements.” This is true. Songs get a leg-up with a clever melody that can obscure flat lyrics and as Orr says, an “attractive tune can rescue even the laziest phrasing.” All true. Not all songs are Literature. Not all poems are literature for that matter either. Sometimes an attractive line break can rescue even the laziest vocabulary.

Eight: Orr says people don’t really think of songs as being poems, or of songwriters as being poets and then delves into the difference between saying a thing is metaphorically Poetry (ex: "that jump was sheer poetry"). But poets and other writers do say Dylan is a poet (all the time in fact) and not just in a metaphorical sense. He’s also a published poet which no one is mentioning right now because poets have an aversion to celebrities publishing poetry. See the outrage over Jewel’s published book of poetry during her height of popularity.

Nine: Orr acknowledges that as readers and listeners we experience similar feelings, “a distillation of overwhelming emotion” from poems and songs but that “Poetry has one primary asset: it’s the only genre automatically considered literary regardless of its quality.” I don’t agree with this. Meet dogrel.  Meet bad poetry. There are poetry equivalents to Shooby Taylor.

Ten: But Orr’s last argument is the most compelling and discomforting and is, I think, the real root of this entire controversy. Popular songwriting, in contrast to even the most popular poetry, has “money, fame and Beyoncé." This is what is being implied: why do they need Nobel prizes too? It isn’t fair. Which is why poets hate celebrity books of poetry out of hand. Orr says songs ending up in poetry anthologies are a win-win because the poet anthologizers gain hipness and street cred and songwriters get that faint glint of Literary Status. Everybody’s standing is improved. But the fact is many songwriters write poems, and many of these poems become lyrics. Some don’t. Joni Mitchell published her complete lyrics together with her poems in one book. What academic 200 years from now will parse those apart?

Orr says “this is a risky game for poets,” to be so hospitable to songwriters when we might instead want to close ranks. “Culture,” he says, “is less a series of peaceable…art forms than a jangle in which various animals claim whatever territory is theirs for the taking.” He says poetry is like a fox trailing behind the massive tiger of popular music.

But is this even true? Are we even talking about the popular songs of past eras as often as we talk about its poetry? Or we explicating Irving Berlin songs like we’re explicating Wallace Stevens poems? At least we haven't yet. Sure, songwriters get a hall of fame that people of the future may or may not visit. But poems will float their lazy way into schools and bookshelves and academic papers. Maybe now Bob Dylan lyrics will too. But is it the fame that poets really crave, the kind of fame Bob Dylan has as a “counterculture poet?" And that’s the dangerous game we play right there. Longing for fame. We can’t help fame. Sure, we can chase after it but then we can’t control it even if we get it. Fame can often turn out to be a bad deal unless it happens after you’re dead. Poets are good at posthumous fame; but who doesn’t want a big house in the south of paradise? Apparently bitter poets do.

It bears repeating here that I don’t own a single Bob Dylan album.