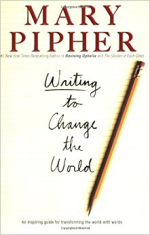 Poetry is on the move! There have been lots of marches, op eds, memes and poems produced over the past four months. Here is a collection of some of what's I've come across or been sent.

First off, I read the book Writing to Change the World by Mary Pipher, a therapist who takes you through the delicate process of changing minds. I found her correlations to the therapist’s couch very helpful. She explains why shaming will never work, why certain types of humor will never work and why even facts don't always make much headway with people who have set ideas. She does offer other alternative techniques.

Poets on the March

The good news is poets are being including as cornerstones in many activist events going on around the country, if not the presidential inauguration.

These following two poets were featured at our local Albuquerque Women's March:

Our local faculty was featured on PBS Newshour with a political poem.

Other refreshing resistance in verse and commentary:

To Reject Trump the Perverse, Poets Wage a Battle in Verse (New York Times) My favorite is by Susan McLean from Minnesota.

Trump seethes at what the writers say.
He’ll pull the plug on the N.E.A.
The joke’s on him. Art doesn’t pay.
We write our satires anyway.

Why It Matters That Donald Trump Has No Inaugural Poet (Slate)

If Trump Won't Give Us Inauguration Poetry, Let Us Read Whitman (WBUR)

Poetry in a Time of Protest (The New Yorker) “Poetry is not a luxury.” Audrey Lorde

This Trump supporter's poem has also been making the rounds with snickerings.

Art in the Age of Apocalypse (Tin House) 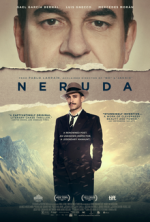 I saw the Neruda movie that is out in independent movie theaters. The movie deals with the political persecution of Neruda and the period when he was in hiding in Chile. Here's a review,  When Poetry and Politics Mix (MSFS).

My favorite quote from this surreal and beautiful movie was the last line, "I was made of paper and now I am made of blood.”

Posted at 11:15 AM in Lifestyles of Poets, Poets in Action | Permalink