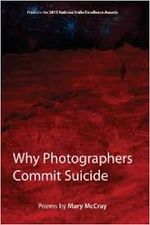 The Problem Children of Poetry

I'm in kind of void of postings because I'm on the cusp of a review of New Mexico poetry anthologies, a new new poll and a new list. None of those are ready yet so I suppose this is a good time to talk about the frustration of genres.

My first book of poems struggled for over 20 years to find publication. Although I would read the poems in workshops and at conferences and receive unbelievably positive feedback, something was wrong.

I say that because the level of positive response only confused me in light of the fact that I couldn't get this book any traction. A former editor of Graywolf Press even raved to my face about the poems at a Colrain conference eons ago. But contests and publishers were not interested. Twenty years of contest fees add up to that fact.

Was it the way I read them? I suck at readings so that definitely was not the case.

Meanwhile, a few years ago Graywolf itself published a book of science poems by Tracy K. Smith called Life on Mars, a book that went on to win a Pulitzer Prize. My book was titled almost the same thing in one of its incarnations. In fact my 1997 thesis at Sarah Lawrence might be named something like that.

But my poems are different thank Smiths, our Mars subject aside. My poems are about the idea of U.S. manifest destiny as it pertains to our dream of colonizing Mars. Sounds like science fiction doesn't it and what literary publisher would like to publish anything slightly tainted with the stamp of SciFi. Answer: none.

Thank God, technology in my lifetime has allowed me to pull my own project to fruition (self-publish) and move on with my life.

I'm only reminded of all this because last week USA Today published a story about how Elon Musk plans Seattle office for Mars colonization.  The poems in Why Photographer’s Commit  Suicide are based on Michael Collins’ book about similar plans to colonize Mars.

I now worry that my second book will suffer the same tragic fate. It’s another mashup book only this time its a mashup of Buddhism and cowboy stories.  Cowboy stories. Oh dear. Sounds like cowboy poetry. Another literary poetry problem child. Such a throwback. Although they're not cowboy poems! Poetry in the News

Philip Levine who explored the working lives of American people. (The Independent)

Should the poet laureate have to write about the royal birth? (The Guardian)

Palm Tree and the Poetry of M.S. Merwin (The New Yorker)

From the archive, 27 April 1915: Editorial: A Poet’s Death; The death of Rupert Brooke leaves us with a miserable sense of waste and futility, yet it is impossible to withhold even the most precious personalities (The Guardian)

Posted at 03:47 PM in Poetry News, Think Outside the Lament, Whole Life of the Poet | Permalink