Promoting Your Own Work with Video 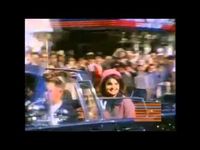 Promoting your own work - in this day of low publisher promotion, it's something poets must learn how to do. Ann Cefola figured out a way to put together a fun poetry video.

She tells me she recorded herself reading her poem "Velocity" from her new book Face Painting in the Dark. She then selected photos from the Internet and included a copy of "I'm Sittin' On Top of the World" by Les Paul and Mary Ford.

She says she wanted the song because the lyrics were "I'm sitting on top of the world, just rolling along, just rolling along" and "Like Humpty Dumpty, I'm about to fall."  Cefola says, "Les Paul and Mary Ford had such energy together and their songs had a sparkly innocence--it seemed right for that moment in time."

She then sent the images to a film editor who used effects to create a sense of movement out of the individual photos. You could also try to create a slide show yourself in Windows Live Movie Maker or some similar software for Macs.

Posted at 06:41 PM in Poetry Technology, Poets in Action | Permalink