« Poets on Tragedy | Main | Poems Found in Truth or Consequences » 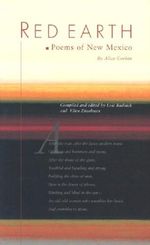 This New Mexico Museum Press publication of Red Earth, Poems of New Mexico by Alice Corbin Henderson is beautifully produced with an nice essay in the front and a New Mexico painting for every poem in the book.

But I was a little dissappointed. Henderson was writing about New Mexico in the 1920s, after she moved there for health reasons. It's not that the poems are dated, which some of them are. It's that I was hoping for more tactile images from this modernist aficianado, Assitent to Harriet Monroe of Poetry magazine.

The best poem in the book is the epigraph beginning this very slim book of poems (54 pages):

Hear the roar, after the fierce modern music
Of rivets and hammers and trams,
After the shout of the giant
Youthful and brawling and strong
Building the cities of men,
Here is the desert of silence
Blinking and blind in the sun--
An old, old woman who mumbles her beads
And crumbles to stone.

The rest of the book doesn't live up to that.