Solicitations, Memories and a New Book 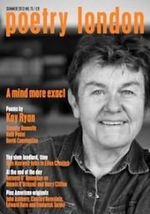 The Art of Soliciting Poetry Members

While I was debating whether to rejoin Poetry Society of America and The Academy of American Poets, I reviewed all the mail solicitations I had received from both over the past year.

PSA only sent me one letter asking me to rejoin at the end of my membership. The Academy of American Poets sent me five letters in total. My membership with them expired on September 30 but the Academy sent missives as far back as March (about a Langston Hughes journal),  one on June 4 (about a leather bookmark I could receive if I would only send in an extra $25), one on June 6 (about renewing online…I was still 4 months away from my expiration), and the last few in August and early September (both about renewing early) .

I spent a little over a year working in the database and appeals department of The Prostate Cancer Foundation many years ago and I learned all sorts of interesting things about how those appeal letters work, most importantly how the jist of the whole thing gets summarized in the post script at the bottom because non-profits secretely believe nobody reads these marathon letters. The Academy is surely the most slick non-profit of the two in this regard because they sent out typically crafted non-profit appeal letters at regular intervals.

I also received a postcard from The Academy of American Poets about their October 24-26 seventh annual poets forum in New York City, which promises to be full of discussions and lectures. Check it out here: poetsforum2013.evenbrite.com. 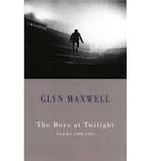 I've just stated a subscription with the journal Poetry London. More on that later but my first issue contained a review of the latest book by Glyn Maxwell and I remembered I his book The Boys of Twilight on my shelf, a book that keeps getting passed over because I can never remember where I got it. Honestly, I remember almost every place, city and age I've picked up every record albums, tape, CD or books I've ever purchased. Why can't I remember this book?

It's all those iPod songs I can't remember downloading!

Anyway, I was insprired to start reading Maxwell and I tentatively like him so far. He's got a sincere working-class edge to him and is sporadically very funny.

A New Book is Brewing 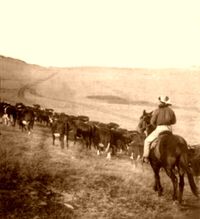 I also finished an early draft of my next book of poems this week. After I came home from the writing sequester in Phoenix and we moved down to Albuquerque from Santa Fe, my husband sat down with me and reviewed the set poem by poem. I'm going through a touch-up draft now and soon hope to send some poems out into the big wide world. The poems are based on the late 1800s Goodnight-Loving Cattle Trail that traveled from Texas through New Mexico to Colorado and Wyoming. I've literally been working on this thing since late 2004. I started researching it a few months before meeting Monsieur Big Bang in that Westwood boba shop back in 2005, never dreaming we'd end up married and living in New Mexico before the thing was done.