One of India's literary blogs, The Literary Yard, has posted a review of Why Photographers Commit Suicide. It's a mixed review with feelings that the Mars conceit was on "overdose" but the final verdict was: "In essence, I see the collection as a must-read because of the unique and distinct vision of the poet."

"This startling poetry collection explores intricacies of space voyage with a mid-western voice that breaks my heart. The appealing Mars-red cover art is followed by whimsical illustrations inside. David Levy, discoverer of the Shoemaker-Levy 9 comet, thinks this book is out of this world and with good reason. If you love sci-fi, add this original book to your collection." 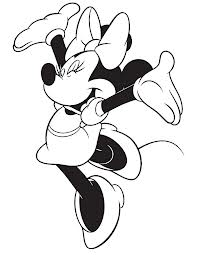 OMG! I finished! I did 30 poems in 30 days. It was exhausting and I was so cocky when I started. I thought I could just do some exercises in stanzas every day, nothing too high stress.

But even a little poem took about a half hour a day and the longer ones hovered around an hour a day. Turns out I had no issues with putting up unfinished work. My problem was dredging up the energy to get it done every day.

Beyond the forms I used from a book I was reading (The Ode Less Traveled), I didn't use any subject prompts and never made a decision on what to write about until that day or the night before at the earliest.

It was haaaaaard y'all!

And I was pleasantly surprised using Hello Poetry. I respect it for its Google-like simplicity. Also, I was surprised that so many people were online reading these poems. I was surprised to see which poems "trended" (like items trending on Google, become popular fast). Trending was an interesting issue because the poems I thought people would not like they sometimes did and the poems I thought they would love they sometimes didn't. And trending isn't everything. Some poems didn't trend (get read by a lot of people over a short period of time) but they did find a large amount of readers over a long stretch of time. For instance, see below.

I have 30 poems up on Hello Poetry with a bonus opening haiku. In total, they've been read 3,369 times. Yes...three THOUSAND. Unbelievable. I received 12 likes on individual poems and 8 fellow Hello Poetry writers started "following me" which basically seems to mean they've bookmarked my homepage to check out again later. That's what I've gathered from finding others to follow myself.

These were the five poems that trended (numbers as of this morning):

But over time, five other poems received as many if not more reads:

So as seen above, my most popular poem did not trend. My least popular poems were my most recent one and the one dedicated to the Boston bombing:

I still can't believe I did it. It took a lot of physical energy and I was glad when the month was over just so I could rest today! This took some sweat.

To see all the poems, visit my Hello Poetry home page.

I'm going to be MIA from blogging for about two weeks. Monsieur Bang Bang is graduating with his Masters in Archaeology and the entire clan is coming for two shindigs at our house. Then we're going to plan a move. So happy post National Poetry Month everyone and I'll see you on the other side.