Quick Survey of the History of Science Poetry 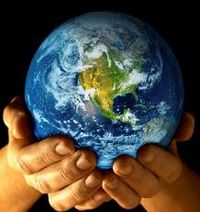 I've been spending time researching what others have written on the topic of science and poetry and have found some interesting pieces.

In New Scientist, "Rhyme and reason: the Victorian Poet Scientists," Paul Collins provides excerpts of verse from men of science. There was a bit of antipathy about the union of poetry and science:

"The aim of science is to make difficult things understandable in a simpler way; the aim of poetry is to state simple things in an incomprehensible way. Thus, the two are incompatible." -- Paul Dirac to J. Robert Oppenheimer

At Liverpool's Centre for Poetry and Science, Alison Mark explicates the writings of poet Veronic Forrest-Thomson and would disagree with Dirac saying, "Poetry and science are perhaps most intimately linked through the mathematics of metre, and one of [Forrest-Thomson's] processes was what she called smashing and rebuilding the forms of thought through technical experimentation with poetic form...As she said, 'the question always is: how do poems work?'"

In a good piece from The New Atlantis called "The Scientist and the Poet," Paul A. Cantor surveys Romantic poets writing about science and the great transformations of the Industrial Age, what poets had to say about it with the words of Goethe, William Blake, Tomas Love Peacock, William Wordsworth, Percy Shelly, Lord Byron and Mary Shelly.

Which is all so similar to the transitional pains we feel today with our technological revolutions. Cantor says, "the Romantic generation experienced the chief distinguishing characteristic of modern science: its link to modern technology and its effort to transform the world from the ground up in material terms. The Romantics are famous for reacting to these developments with hostility." As Wordsworth is famous for saying, "We murder to dissect."

Cantor continues, "Beginning in the nineteenth century, science and poetry began to compete for prestige and authority in Western culture, and there is little question that in this competition science gradually won out."

"If people in the nineteenth century had been asked: 'Who is the wisest man in Europe?' many would have answered: 'Goethe.' But in the twentieth century, if the same question had been posed, I very much doubt that many people would have offered a poet, or any imaginative writer, as their answer. I would venture to say that the most common answer in the twentieth century to the question: 'Who is the wisest man?' would have been: 'Albert Einstein.' That is a rough indication of how in the course of the nineteenth century science replaced poetry as the central image of wisdom in our culture. 'No wonder the poets are so hostile to us,' scientists could say: 'We stole their thunder.'"

Thomas Love Peacock believed, "poetry has gone wrong in the nineteenth century precisely because it insists on producing myths in a de-mythologized world:  'A poet in our times is a semi-barbarian in a civilized community. He lives in the days that are past. His ideas, thoughts, feelings, associations, are all with barbarous manners, obsolete customs, and exploded superstitions. The march of his intellect is like that of a crab, backward.''"

Cantor says, "I have quoted Peacock at length to show that the quarrel between science and poetry did not begin in the twentieth century..."

But some Romantics defend poetry for having widsoms science could never have.

"The remotest discoveries of the Chemist, the Botanist, or Mineralogist, will be as proper objects of the Poet’s art as any upon which it can be employed.... If the time should ever come when what is now called Science, thus familiarized to men, shall be ready to put on, as it were, a form of flesh and blood, the Poet will lend his divine spirit to aid the transfiguration."

Percy Shelly "identifies the purely technical nature of scientific thinking as its chief defect. And Mary Shelly agrees. "The basic lesson of Frankenstein can teach us is this: science can tell us how to do something but it cannot tell us whether we should do it. To explore that question, we must step outside the narrow range of science's purely technical questions and look at the full human context and consequences of what we are doing....literature is better at imagining the human things."

In our times of great change, poets should be documenting these human things. We might find we are brought right back to the ideas and thoughts of the Romantics:

Like Percy Shelly saying, "Our calculations have outrun conception; we have eaten more than we can digest...man, having enslaved the elements, remains himself a slave."

Cantor agrees saying, "as human beings lose control of the products of their technological imagination...perhaps [they] end up serving the very forces that were meant to serve them."

Another good piece is from Ruth Padel in The Guardian, "The science of poetry, the poetry of science." Both poetry and science depend on metaphor she says, which is "a new mapping of the world."

"Science was born in poetry...the project that science had in common with explanatory verse was revealing 'the secrets of nature'....[both] Scientists and poets focus on details."