We're getting down to the bottom of the essay stack--lots of little pieces down here. I found four in a row on the topic of revision. Three of them begin with basically the same idea:

I'm always surprised when I talk to writers who hate the editing part of the process for some reason or another. Editing has always been one of my favorite parts. You've regurgitated the raw material into a formless shape and the shaping part is effort for sure but that’s where the magic starts to happen.

It's also where the sweat happens and without the idea of work, writing would be too fluffy to me. Besides, if I wasn’t wanting to do the work, I'd rather stretch out on the couch and read the fruits of someone else's hard labor, which is a lot less work.

Editing is long process that happens over a lifetime. Editing is also relationship-building, not just with your first readers, but with yourself, all your other self(s).

The first of these five notes on revision is of unknown origin. I think an old friend of mine went to a workshop one day and gave me a copy of their notes but I'm not sure. It's a one-sheet thing about how revision is a "re-visioning" or a "re-imagining."

Get some distance from the poem, a "half-forgetting" distance that disconnects you from "the initial impulses" so you can see what "the poem is revealing." Then ask these questions:

The second sheet is also a mystery essay but along the margins is written Best Words, Best Order which is the title of Stephen Dobyns' popular writing guide. This sheet asks a few other interesting questions: 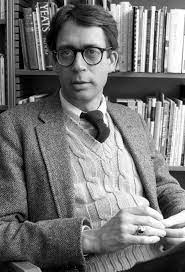 The next essay is "Household Economy, Ruthlessness, Romance and the Art of Hospitality: Notes on Revision" by Richard Tillinghast from the book The Practice of Poetry. It begins with a quote from Dorothy Wordsworth in 1800, "Intensely hot, I made pies in the morning. William went into the wood and altered his poems."

Along with his comment about poetry-as-therapy, he states, "the impulse to improve is also a sign of humility" which he admits is "naturally rare, particularly among young writers, for whom the value of doing something remarkable is vastly increased when they can say it only took them fifteen minutes."

He talks about Elizabeth Bishop's worksheets and Robert Lowell's drafts and how there were "few sparks of genius, few notes of originality or distinctive voice" in them and how different their initial thoughts were from what the final poems ended up to be. A perfect poem could have started as "a series of dispirited and formless reflections."

Tillinghast advises to "apprehend the poem's field of energy...Get a sense of the poem as something not defined by or limited to the words you have written down...a good poem, even in a potential form, has a shape, a life that floats above the words: 'the light around the body,' as Robert Bly put it."

He says, "savvy writing is a way of staying flexible." Metaphors he uses to describe the process: (1) getting off the freeway and going through an unknown neighborhood, (2) entertaining like a good host.

He also says revising is a "revision" but one that doesn't "knock the bloom off your original excitement." Give it just enough distance to "allow the poem to suggest new moves."

"Revising," he says, "is not so much a task as it is a romance." But he doesn't go on to define what that means. He just lays that out there. The next mini-essay is "Waiting and Silence" by Susan Snively also from the same book, The Practice of Poetry. She starts like this:

"Franz Kafka is said to have kept a sign above his desk that read WAIT. Kafka's sign could serve as both the first and the last word on the subject of revision. But it is not a command to be passive. On the contrary, waiting is an active state of mind in which important work may take place--perhaps the most important work in the life of a poem. The most exhilarating, and therefore treacherous, moment in a poem's composition comes when the first draft is done."

She talks about the discipline of "leaving the poem alone" and how "no rules exist for how long the poet must stop fiddling with the thing." She suggests, like many do, reading the poem out loud to find "awkward enjambments, unwitting repetition and accidental howlers. Casting a cold eye on mingy little words (and, it, but, which, that) shows how to clear the underbrush from the living roots. Keeping both eye and ear alert for dead phrases and cliches."

She admits it could take months and years to finish a poem and recommends David Kalstone's Becoming a Poet. She ends with the following questions:

"What am I not allowing myself to say? Should it be said? Why do I want this poem to end? Is it a false resolution?"

In any case, she says, a poem can be "rescued by silence and waiting." 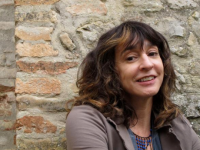 I've saved my favorite for last, Kim Adonnizio's "do-overs and revisions" from her book Ordinary Genius.

Addonnizio is such a great teacher (a very popular teacher) because she operates on both the mechanical and mysterious levels, where many poems believe you have to choose between the two ways of thinking. (Why should we have to choose?) She's also very cool and so when she says something, (I've seen this at writing festivals), the students lean in.

"A lot of people get hung up on revision," she says. "How can you be objective about your work, so you can figure out what it needs? How do you know what to let go of and what to keep?...How do you keep from losing interest in the process that felt so great at first, but now feels like you're hacking through vines with a butter knife for a machete? Welcome to the jungle."

"It's not so much a process of editing as of making unexpected discoveries."

Editing helps you build your decision-making skills, how to take what you need from books, from the "contradictory suggestions" of your readers. You can revise toward mystery; you can revise toward clarity. Here are some guidelines she's come up with:

Work through a few of these exercises even if you don't feel like it, she says. The point is to jumpstart your mental processes.

You'll find your dead ends, she says. She talks about the editing "comb-over" that is "taking thin areas and adding in more texture, more detail, more energy of language."

The part you can't teach, she says, is the mental leap, the epiphany that sometimes comes from playing around (editing). Her final advice is to "learn strategies, be stubborn, and wait--pray--for the leap."