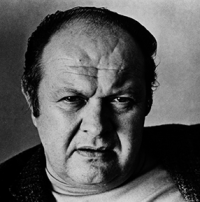 Two essays this time around to catch up a bit. The first is “Stray Thoughts on Roethke and Teaching” from Richard Hugo’s great book of essays on writing, The Triggering Town. This is an interesting comparison to Philip Levine’s essay on taking a class with John Berryman.

In his class Theodore Roethke focused on reading poets with “good ears” like “Yeats, Hopkins, Auden, Thomas, Kunitz, Brogan" [who interesting Roethke was once in a relationship with....so must have had something better than good…ok I’ll stop].

He talked about “falling in love with the sounds of words” and “the heart and soul of poetry” which sounds a big vague.

Hugo continues about the reputation of Roethke's classes: “One sad thing about university reputations is that they lag behind the fact. By the time you hear how good an English department is, it is usually too late to go there.” Hugo says that despite this rule, Roethke got better as a teacher as time went on. Roethke talked about taking risks, “a lot of poets don’t have the nerve to risk failure…you have to work, and you had better get used to facing disappointments and failures, a lifetime of them.” 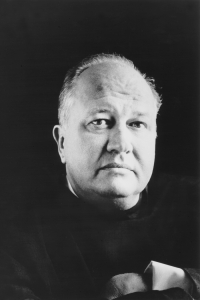 Hugo talks about the crazy hard final exam Roethke would give to his students: a list of 10 nouns, 10 verbs and 10 adjectives and you had to use five words from each list, write four beats to a line, six lines to a stanza, three stanzas, two internal and one external slant rhyme per stanza, a max of two end stops per stanza and the poem must have clear and grammatically correct sentences that made sense....and finally the poem must be meaningless (that last one was Hugo’s own masochistic addition)!

The point of the exam: “Two many beginners have the idea that they know what they have to say—now if they can just find the words. Here, you give them the words, some of them anyway, and some technical problems to solve. Many of them will write their best poem of the term….the exercise is saying: give up what you think you have to say…”

“The second half of the Roethke final usually consisted of one question, a lulu like, ‘What should the modern poet do about his ancestors?’”

Hugo talks about Roethke explicating a line from Yeats’ “Easter 1916” poem, the line “Stumbling upon the blood dark track once more” and how “blood dark track” according to Roethke “goes off like rifle shots.”

Hugo says this is

“simple stuff. Easily observed. But how few people notice it. The young poet is too often paying attention to the big things and can’t be bothered with little matters like that. But little matters like that are what make and break poems, and if a teacher can make a poet aware of it, he has given him a generous shove in the only direction. In poetry, the big things tend to take care of themselves.”

“A good teacher can save a young poet years by simply telling him things he need not waste time on, like trying to will originality or trying to share an experience in language or trying to remain true to the facts (but that’s the way it really happened). Roethke used to mumble: ‘Jesus, you don’t want to say that.’ And you didn’t but you hadn’t yet become ruthless enough to create. You still felt some deep moral obligation to ‘reality’ and ‘truth,’ and of course it wasn’t moral obligation at all, but fear of yourself and your inner life....Despite Roethke’s love of verbal play, he could generate little enthusiasm for what passes as experimentation and should more properly be called fucking around.”

But Hugo says that the

“quest for self is fundamental to poetry. What passes for experimentation is often an elaborate method of avoiding one’s feelings at all cost. [Yes!] The process prohibits any chance the poet has to create surrogate feelings, a secondary kind of creativity but in most poems all the poet can settle for. The good poems say: ‘This is how I feel.’ With luck that’s true, but usually it’s not. More often the poem is the way the poet says he feels when he can’t find out what his real feelings are.”

Hugo then talks about people who struggle to appear interesting,

“There are those usual people who try desperately to appear unusual and there are unusual people who try to appear usual.” It doesn’t surprise me at all when the arrogant wild man in class turns in predictable, unimaginative poems and the straight one is doing nutting and promising work. If you are really strange you are always in enemy territory, and your constant concern is survival.”

Hugo says James Wright “was one of the few students who was writing well in Roethke’s classes.”

Then Hugo moves to talking about the future of American poetry, quoting Mark Strand who “remarked recently in Montana that American poetry could not help but get better and better, and I’m inclined to agree. I double that we’ll have the one big figure of the century the way other nations do, [William Butler] Yeats, [Paul] Valéry."

Hugo ends by giving us Roethke’s thoughts about the pressures of publication:

“’Don’t worry about publishing. That’s not important.’ He might have added, only the act of writing is. It’s flattering to be told you are better than someone else, but victories like that do not endure. What endures are your feelings about your work [Oy, Feelings again]. You wouldn’t trade your poems for anybody’s. To do that you will also have to trade your life for his, which means living a whole new complex of pain and joy. One of those per life is enough.”

Whew. I don’t know about you but I feel better right now.

The second essay is a short article from Poets & Writers in 1988 called “Poetry on the Run” by Arthur Roth who learned to memorize poems while he was out on long runs around the neighborhood.

As an aside, one of the interesting things about this 1988 issue of P&W is that there is only one ad for an MFA in all the pages of this article (Warson Wilson College in North Carolina). The rest are for two workshops, a prize-winning announcement and a writing conference. Times have changed.

Anyway, since running (and swimming after developing an arthritic hip), Roth has memorized about 76 poems. “Memorizing—like running—gets easier the more you practice.”

And he claims the practice often “halts him in his tracks” with the discovery of a new meaning in lines he previously thought he knew very well.”

I am terrible at memorizing even the basic life things so I don't see myself doing this....or running.