« Poems About Movies | Main | Words as Cogs and Machines » 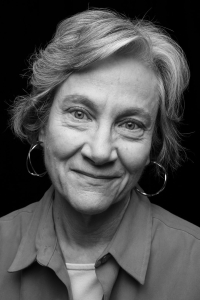 The next essay in the stash is “Staking the Claim of the Title” by Nance Van Winckel. I see this essay appeared in AWP’s March/April Writer’s Chronicle magazine at some point. We might have received our typed-but-unpublished draft in Tom Lux’s Sarah Lawrence craft class since the essay is full of love for Tom Lux and his quote that became the essay's title.

At first I thought this was a horrible title for the essay about titles but then changed my mind when I heard the quote in context.

Titles are crucial, of course, the essay claims. Titles “give a literary work a frame or a spark. They can infuse a piece with power and authority, or with mystery and allure. Bad titles can be lead weights; clever ones can kill or poison.”

Which is all to say the title sets the tone, which is no small thing when  a title contains the first words a reader will encounter. You can work against a title’s tone (Wallace Stevens is a good example) or clue the reader as to what might follow. Will the piece be absurd, smart-ass, comedic, dramatic, whatever.

Winckel claims a title often will work subconsciously and that a reader absorbs more than we may even know, that this happens because a reader has no context yet for the information in a title. So a title will often “hover in the mental periphery” as we read through a piece. Winckel uses Thomas Hardy’s novel “Jude the Obscure” as an example of a title that doesn’t even click in until three-quarters of the way through, “the title’s been looming, accumulating the force it will eventually deliver.”

So a title is more, she says, than merely a label, which early “working” draft titles often are. She tracks title changes in Sylvia Plath poems and explicates how James Wright’s tongue-in-cheek titles work (“As I Step Over a Puddle at the End of Winter, I think of an Ancient Chinese Governor” and “A Message Hidden in an Empty Wine Bottle That I Threw into a Gully of Maple Trees One Night at an Indecent Hour”), Brenda Hillman’s titles (“Never Mindshaft”), Barry Hannah’s titles (“Midnight and I’m Not Famous Yet,” and “You Can’t Any Poorer Than Dead”), Gen X titles like Dave Eggers’ use of irony in A Heartbreaking Work of Staggering Genius.

Winckel calls Tom Lux a “contemporary title maestro” and quotes him in saying our job is “to write poems that are hard not to read.” Titles, Lux says, stake a claim as they grab the reader’s attention. Winckel says “then it’s up to the poem….to maintain its spell.” A title “must be both a surprise and an inevitability.”

The title is like a circus ringleader (I wrote this in the margins at the time).

Winckel then quotes Stephen Dobyns, “a poem has an emotion, idea, physical setting, language, image, rhythm and tension…one must be made important as soon as possible, either in the title or in the first line or two.”

Winckel traces title-history through English novels (typically names of protagonists) to titles about the poet’s state of mind (Coleridge’s “Fears in Solitude”) to metaphysical titles (like T.S. Eliot’s “The Waste Land” and Hart Crane’s “The Bridge”) to titles that allude to other titles (The Sound and the Fury and Of Mice and Men). She admits postmodernist titles are less about guiding the reader and explores “the uncontested titular master” Wallace Stevens. She tries to explain iconic critic Helen Vendler’s explanation of Stevens’ titles, something about first, second and third order experiences. I have no idea what this means but it has something to do with the tenor and the vehicle of a metaphor.

Winckel admits that Stevens’ titles are often only “tangentially associated” with their poems.

All I know is that Wallace Stevens’ titles were often colloquial and the poems themselves very intellectualized, leaving the reader to try to grasp the connection between the two. Winckel’s example works well to explain this, “No Possum, No Sop, No Taters.”  She tells us Stevens had a list of over 300 titles unconnected to any poems and she lists about 11 of them, of which these were my favorites: “The Halo That Would Not Light” and “The Last Private Opinion.”

I wish that last poem did in fact exist. We need that poem right about now.

The title to avoid, Winckel says, is the summary. She says “there’s no surer way to sap a good poem’s energy than to laden it with a phrase that ‘sums it all up.’”

Better to dig into the subconscious, she says, and work through “layers of meaning” and “interconnections…ramifications...[more of a] sideways glance than a summation.”

Titles can “be interesting just at the level of language itself….provide information the piece needs early….lift to the surface some important feature that might be missed…establish tension…develop expectation.” She explains how paintings do this when their titles are unexpected. Her example is Susan Bennerstrom’s painting of a cleared table entitled “Waiter.”

Winckel says, “the richness of the world looms in what isn’t here, in what’s waiting to be set before us.”