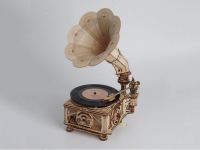 Ok so the mix of songs has, for the most part, been nailed down. Some happy things; some unhappy things. I think a good balance. Despite the completely nailed-down title ("A Field of Music: 30 Love Songs Incorrectly Explained"), not all of the songs are popular, nor will they necessarily be incorrectly explained (although tangents might ensue). Oh and there's a three-song interlude plus one poem with two songs so there are actually 33 of them. So there's that.

I ran some demographics on my choices just to see how I did. I completely disregarded genre because I didn't care about that nebulousness. But here is some other information: It's almost time for NaPoWriMo again. I have two more years to finish before I hit my goal of 300 NaPoWriMo poems to assemble into a book.

So...I couldn't figure out what to do this year and had decided maybe I would just follow the official NaPoWriMo prompts; but then it occurred to me I had already planned to follow the NaPoWriMo prompts in the final year (which would be next year) in a set of interactive poems I'm already working on a list for.

I've been enjoying writing from pop-songs recently, so I decided to do a set called Field of Music: 30 Popular Love Songs Incorrectly Explained. Look for that starting April 1.

If you're interested in joining this year's challenge, find more information here: https://www.napowrimo.net/. 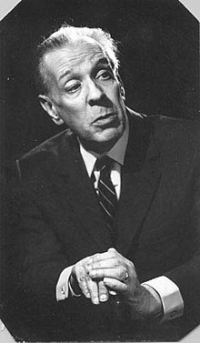 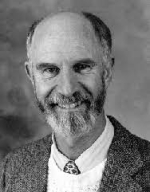 This week we're tackling two essays. The first one is another essay by Jonathan Holden (two in a row!), "Postmodern Poetic Form: A Theory" available on JSTOR.

This is a very interesting essay where Holden takes issue with the admittedly vague definitions out there for what postmodernism is, particularly because all the postmodern poets don't seem to fit into definitions suggested by many literary critics.

For example, for Jerome Mazzaro who says, "...modernism seeks to restore the original state often by proposing silence or the destruction of language; postmodernism accepts the divising and uses language and self-definition...as the basis of identity." Modernism is more mystical, he says, "whereas postmodernism, for all its seeming mysticism, is irrevocably wordly and social." T.S. Eliot, he notes, insisted modernism "'is not the expression of personality, but an escape from personality,' postmodernists propose the opposite."

Holden translates Harold-Bloom-speak as another example:

"postmodern poetry shuns confessional, strives toward organic form, and is therefore transcendental, part of a tradition that goes back to Emerson."

Holden says this leaves out the postmodern confessionalists like Carolyn Forché, Louis Glück and "radically misunderstands stands the creative process."

"...poets have increasingly turned to non-literary analogues such as conversation, confession, dream and other kinds of discourse as substitutes for the ousted 'fixed forms,' substitutes which in many cases carry with them assumptions about rhetoric which are distinctly anti-modernist...poets are attempting to recover some of the favorable conditions for poetry...before the triumph of modernism."

Holden quotes Robert Hillyer in defining what postmodernists might find lacking about modernism:

This general rejection of humanity, this stripping away of a mystery and aspiration is the result of a materialistic, mechanistic point of view so closely allied to the self-destructive elements of the age."

Hillyer, among many, many other things, also misses the music of meter when he says "we are metrical creatures in a metrical universe."

And Holden sympathizes with Hillyer when he says,

"While the great modernist experiments see themselves as specialists, and it is no accident that the metaphor at the heart of Eliot's 'Tradition and the Individual Talent' is drawn from chemistry: it required  'scientists' to synthesize the new compounds, the new 'art-emotions' that would replace the old. But the resulting losses were immense and have not yet been fully tallied. Just as Hillyer complained, the revolution has left the poet in America a bureaucratic specialist isolated in a university as in a laboratory, conducting endless experiments with poetic form, and in an adversary relation to the general culture."

Amen to all that; but this is not supposed to be an essay on modernism, but postmodernism. Four pages later, we get back to that.

Holden says our poems fit formal "analogue" categories. One of Allen Ginsberg's long poems is a sutra; many of Richard Hugo's poems are forms of letters; William Stafford's uses a "mimeses of conversation." Louise Glück and Carolyn Forché use rhetoric which resembles religious or secular confession. Galway Kinnell's poems are like "primitive song."

He quotes a conversation poem by Gary Gildner, "First Practice" and says "the conversational analogue...is the most difficult one, because it places extreme demands on the speaker to be casually brilliant."

Holden says "without the notion of an analogue...it is nearly impossible to describe [the] poem's form at all, let alone account for it. Is it a lyric...is it narrative..." etc. "The more we list characteristics, the more we implicitly regard this poem's 'form'....and are drawn toward an organic conception of the poem's form. Our analogical account of its form, however, is more accurate."

He's referring to Denise Levertov and Harold Bloom's idea that all poems are organically formed as they are written. Levertov says, "form is never more than a revelation of content."

Holden says for "organicists" form "acquires such a range of reference that it becomes meaningless." Holden says it also "requires inordinate faith."

We then look at the poem "Losing Track" by Denise Levertov, a poem formed with a kind of ocean wave structure.

His conclusion about the poem:

"We also see that this 'content' would be just as recognizable if the lineation of the verses were different, if the text were written in prose, if the stanza breaks were eliminated, if the order of the sentences were different, or even if some of the diction were changed. In other words, the poem's content is largely (though, not entirely) independent of its form."

We then look at Ted Kooser's poem "A Summer Night" and Holden discusses conversation poems and says Samuel Taylor Coleridge and William Wordsworth's "Lyrical Ballads" is a conversation "form," Ezra Pound's "Cantos" is a fugue or an ideogram form, T.S. Eliot's "The Waste Land" is a collage and his "The Four Quartets" is based on a musical analogy.

He says postmodernists were/are dissatisfied with "the impersonality of modernism" and so they favor "communal analogues such as confession and conversation over such impersonal alalogues such as the fugue, the ideogram and the vortex."

Confession, Holden says, can take a ritual, religious aspect or a secular, psychoanalytic, testimonial aspect, "particularizing the agenda of the inner life."

He then looks at an excerpt from Carolyn Forché's long poem "Return" a confessional poem about El Salvador:

Your problem is not your life as it is
in America, not that your hands, as you
tell me, are tied to something. It is
that you were born to an island of greed & grace
where you have this sense of yourself
as apart from others. It is not your right
to feel powerless. You have not returned
to your country. but to a life you never left.

"Just as lyric modulates into confessional, so does confessional modulate into conversation."
And he restates, for conversational poems, their "authority depends not on tradition or authenticity, but entirely upon the artistic inventiveness of the poet who, speaking in his own person, must sustain brilliant conversation."
He also looks at Robert Bly's "The Hermit" and M.S. Merwin's "Eyes of Summer." He closes by noting some literary analogues: Louis Simpons' novelist forms, dramatic monologues, Richard Wilbur's "essay" form in "Love Calls Us to the Things of This World" and language poems, such as those by John Ashbery that are pure objects. 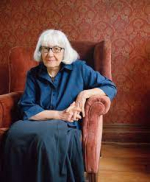 Our next essay is from the book Fame & Folly by Cynthia Ozick, the tiny, tiny little essay called "Existing Things" which was so good (and short) I'm going to have to quote most of it.

She talks about how it was the glinting mica in the pavement that attuned her to seeing things artfully:

"If you're five years old, loitering in a syrup of sunheat, gazing at the silver-white mica-eyes in the pavement, you will at once be besieged by a strangeness: the strangeness of understanding for the very first time, that you are really alive, and that the world is really true; and the strangeness will divide into a river of wonderings.

Here is what I wondered then, among the mica-eyes:

I wondered what it would be like to know all the languages in the world.

I wondered what it would be like to be that baby under the white netting.

I wondered why, when I looked straight into the sun, I saw pure circle.

I wondered why my shadow had a shape that was not me, but nothing else; why my shadow, which was almost like a mirror, was not a mirror.

I wondered why I was thinking these things; I wondered what wondering was, and why it was spooky, and also secretly sweet—and amazingly interesting. Wondering felt akin to love—an  uncanny sort of love, not like loving your mother or father or grandmother, but something curiously and thrillingly other. Something that shone up out of mica-eyes.

Decades later, I discovered in Wordsworth's Prelude what it was:

...those hallowed and pure motions of the sense
Which seem, in their simplicity, to own
An intellectual charm;
...those first-born affinities that fit
Our new existence to existing things.