The Essay Project: Writing As If Our Lives Depend Upon It 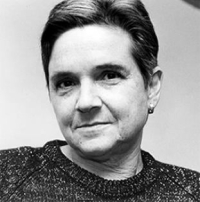 So we're back to the handouts from Suzanne Gardiner’s Sarah Lawrence class on reading poetry essays. There were four essays stapled together in this weeks packet.

The first two are Adrienne Rich's short five-paragraph essay "As If Your Life Depended On It" and "The Hermit’s Scream," both found in her book What Is Found There: Notebooks on Poetry and Poetics. You can also find the book here: http://docshare04.docshare.tips/files/26340/263406179.pdf

The first essay is important because this was a big manifesto when I was at Sarah Lawrence: “You must write, and read, as if your life depended upon it.”

I was always hard-pressed to figure out how to make this edict feel right for me, a spoiled suburban kid. What profession would I have to have to make reading something a matter of life or death? That's kind of why I became an English major. Would it be researching my political speech before a firing squad? A doctor on a desert island with an antiquated Physician’s Reference Guide? See? This is how spoiled middle-class kids think.

It reminds me of how I once approached Algebra II in high school by pretending ,y assignments were decoding military messages like I was in some kind of Pat Benetar “Shadows of the Night” video or something. That trick worked, btw. I got an A in that class. Unfortunately I was taking the class pass/fail. Sigh.

But anyway, that’s not even what Adrienne Rich meant. She goes on to say that it means letting your reading penetrate your beliefs, “the swirl of your dreamlife, the physical sensations of your…carnal life,” for your reading to “pierce the routines…”

She talks about how hard this is to do, socially speaking. And how scary this idea is…

“To read as if your life depended on it — but what writing can be believed? isn’t all language just manipulation? Maybe the poet has a hidden program — to recruit you to a cause, send you into the streets, to destabilize, through the sensual powers of language, your tested and tried priorities? Rather than succumb, you can learn to inspect the poem at arm’s length, through a long and protective viewing tube, as an interesting object, an example of this style or that period. You can take refuge in the idea of “irony”. Or you can demand that artists demonstrate loyalty to that or this moral or political or religious or sexual norm, on pain of having books burned, banned, on pain of censorship or prison, on pain of lost public funding.”

Good swipe there at ironic distance and academic politics.

The next essay in the set is “The Hermit’s Scream” which starts by describing how Rich was haunted by an Elizabeth Bishop poem, it’s observation and description, “Chemin de Fer” and how subtle is the call to action in the poem: “What teaches us to convert lethal anger into steady, serious attention to our own lives and those of others.”

Then Rich goes on to question what political activism is and how it might be related to making poetry:

“There is still no general, collective understanding from which to move. Each takes her or his risks in isolation. We may think of ourselves as individual rebels, and individual rebels can easily be shot down…”

“Poetry, in its own way, is a carrier of the sparks, because it too comes out of silence, seeking connection with unseen others.”

She then talks about types of anger, non-violent, direct action, what faith means for an activist and how one must fight against unquestioning belief:

“An activist’s faith can never be unquestioning, can never stop responding to ‘new passions and new forces,’ can never oversimplify, as believers and activists are often tempted or pressured to do.”

Was she clairvoyant or what? She even points to the “ominous cult of violence in contemporary cities” [and rural places I would now argue] and the “role of mass media in promoting violence” and “patterns of brutality.”

“’Nonviolence,’ ‘antiviolence.’ The feebleness of the language, however passionate the determination, tells us something. Violence is what looks out at us from those phrases: its expressionless or grinning face is what we see, not what it displaces. War goes on demanding its ‘fatal unity.’ What face has ‘visible and responsive peace’? What does it mean, to put love into action? Why do I go on as if poetry has any answers to that question.”

The essay then goes on to discuss Suzanne Gardiner’s poem “To Peace.” Is this some student kissing up to our teacher?? WTH. But in hindsight I’m glad they did because it’s great revisiting this amazing Gardiner poem, is a conversation between herself and the enemy peace. Some excerpts:

Coward I have watched you buckle under
nightsticks and fire hoses…

Rich says, “There is not a real poet alive today, or for some time past, who would do what Homer did or even if he/she could, or Virgil….the glorification of war an conquest.”

But it’s not that black and white, is it, Rich reminds us because there are “those who have grown up knowing that violent resistance is the only way to stay alive. The questions of the poem need concern all those who condemn violence" "...theatrics can distract us from…the knowledge that at the end of the twentieth century there is no demilitarized zone, no line diving war from peace, that the ghettos and barrios of peacetime live under paramilitary occupation, that prisoners are being taken and incarcerated at an accelerating rate, that the purchase of guns has become an overwhelming civilian response to the perceived fractures in the social compact.”

She then explores the June Jordan poem “For Michael Angelo Thompson,” a chilling poem from an event in 1973 when Thompson was hit by a Brooklyn city bus and was turned away at the hospital and later dies. Rich talks about how her first reading of the poem as a white person was that it was “elegiac, not furious” but this was a misinterpretation of the refrain “Please.” The poem is a requiem she comes to understand.

Rich goes on to quote Audre Lorde’s “Power” which starts “The difference between poetry and rhetoric/is being/ready to kill/yourself/instead of your children" and ends the story of a man pushed to violence and then called a beast.

Rich ends the essay by quoting Lorde in saying that writing “at the edge, out of urgency” opens you up “to a constant onslaught…of possibilities…like meteor shows all the time….constant connections.”

The third essay in the set is only the partial excerpts from An American Primer with no author attribution. Turns out this is Walt Whitman (thank you, google). The book seems out of copyright now so can find some reprint versions around.

This section is about the power of place names: “All lies are folded in names” and we are immediately reminded of the current controversy over using American Indian identifiers for sports team names.

“Names are the turning point of who shall be master. There is so much virtue in names that a nation which produces its own names, haughtily adheres to them, and subordinates others to them, leads all the rest of the nations of the earth. I also promulge that a nation which has not its own names, but begs them of other nations, has no identity, marches not in front, but behind.”

The essay ends with:

“Californian, Texan, New Mexican, and Arizonian names have the sense of the ecstatic monk, the cloister, the idea of miracles, and of devotees canonized after death. They are the results of the early missionaries and the element of piety, in the old Spanish character. They have, in the same connection, a tinge of melancholy and of a curious freedom from roughness and money-making. Such names stand strangely in California. What do such names know of democracy, — of the hunt for the gold leads and the nugget, or of the religion that is scorn and negation?“

“American writers are to show far more freedom in the use of words. Ten thousand native idiomatic words are growing, or are to-day already grown, out of which vast numbers could be used by American writers, with meaning and effect, — words that would be welcomed by the nation, being of the national blood, — words that would give that taste of identity and locality which is so dear in literature.” 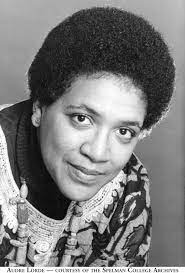 The final essay in the set is Audrey Lorde’s famous 1977 essay “Poetry is Not a Luxury.”

Lorde’s essay is aimed at women and talks a lot about ancient and hidden possibilities in our non-European, native-mythizing consciousness and it reads a bit vague and dated late-70s feminism.

“I speak her of poetry as a revelatory distillation of experience, not the sterile word play that, too often, the white fathers distorted the word poetry to mean—in order to cover a desperate wish for imagination without insight.”

Very strongly worded. But it exposes succinctly the divide between activist poets and academic poets engaging in language play. She goes on to say,

“For women, then, poetry is not a luxury. It is a vital necessity of our existence.”

I have to admit, a lot of Lorde’s essay is over my head, especially sentences like this:

“We can sometimes work long and hard to establish one beachhead of real resistance to the deaths we are expected to live, only to have that beachhead assaulted or threatened by those canards we have been socialize to fear, or by the withdrawal of those approvals that we have been warned to seek for safely.”

I get the point now finally typing it out, but I did get lost in “resistance to the deaths we are expected to live.” Live through? In any case, it speaks to a harrowing existence. I get that.

What I like about Audrey Lorde's essay is the vulnerability she mixes in with her headiness. This is something Adreinne Rich lacks. And Lorde's transitions are natural and fluid, unlike the second Rich essay which jumps from one short section to another with little connective tissue.