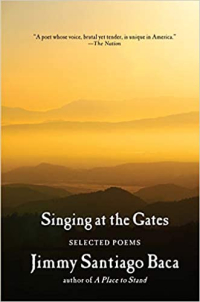 I've read one other Jimmy Santiago Baca book before, seen him read live at CNM, am a big fan of his biopic. But I hadn't really had an a-ha moment with his poems yet.

Part of this had to do with when I read what I read. Timing is important. I had meant for this book to be included in the New Mexico set I recently blogged about. But I didn't finish it in time. But when you think about New Mexico poets (and poets writing about New Mexico), Jimmy Santiago Baca is a big deal. He's one of the most successful exports we have in poetry. And I don't think I appreciated his scope and vision until I read this collected set, which ranges from his first prison writings through his greatest hits.

Years ago I did a review of an anthology of poems about sex that were surprisingly unsexy in hindsight. Although duly noted everyone wants something different in their sex poems. But I was also disappointed in Erica Jong's collected poems (and what was sexier to passionate teen girls in the 1980s than 1970s Eric Jong novels?).

Anyway, this is all to say there are some prison letter poems that begin this anthology in "Excerpts from the Mariposa Letters" that are crazy, NSW sexy. Probably because they were part of prison letters and no-holds-barred desire. The fact that Jimmy Santiago Baca can merge ideas of lustiness and the New Mexico landscape is also appreciated. If you're at all squeamish about explicitness, skip this section. But if not, here's my dogeared copy.

This poet has been through a lot, and he's particularly good at investigating his own hardness and anger. "Looking" is a good example of this: "I feel something in me/move--/one movement in particular/crawls out of the dark in me,/a dead hand on bloody drugged knuckles/unfolding/coming to life."

A good example of the landscape/love intersect is the poem "My Heart" - "A hungry river basin/at the wind's edge/my desires sleep/like hot sunstones,/until the rain/awakes them." He's very good at creating a very particular physicality for emotions like this example are these excerpts from "The Dark Side,"

"My soul
falls like a black oak tree cracked by an ice storm.
It stares up with a skull's nightmare grimace
of cruel suffering on its frozen face.
....
I draw the curtains of my life shut,
a silent stranger to myself
chewing on the maddening, shredded remnants of my heart.
Accepting it as part of me, loving it,
not afraid of feeling its pain, understanding
how I always contradict myself,
I succumb to passion,
even indifference,
roar my loss and abandonment,
bell-bellow my cathedral soul..."

Wow. "Bell-bellow my cathedral soul." Good stuff. He's also good at this sort of purgatory of feeling, like in these lines from "Your Letter Slips Through the Opening in My Heart,"

"I pause home again: you are not here.
I pick warm left over words from your letter,
like last crumbs scraped from the dinner table,
place them in a tattered cloth
and fold in in my coat pocket.

I turn and close the paper, shut the envelope,
and walk down a dark hallway,
past sleeping rooms and down endless stairs
until my feet pause, and I stand staring at your address."

There are lots of New Mexico moments, "In the Foothills" which starts at the Sangre de Cristo Mountains,  Sandia poems like in "It's an Easy Morning" where he is "exhorting me to write/as real as the sand my feet print."

There are poems that are full life sweeps, like "With Paz By the Fire Last Night" and "Set This Book on Fire!" that trace his experiences as a reader and writer and issues of class in academia. 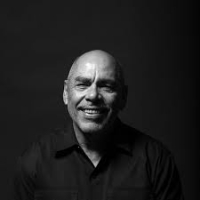 There are also some great social justice poems here, full Ginsberg-like sprays of issues of the day and the suffering caused by those in power. "With My Massive Soul I Open" is a good example and the long poem "This Disgusting War!"

There's also a moving poem about a transvestite  prostitute in "Smoking Mirrors" created for a project with James Drake's photography.

The long poems in the back are all impressive, the life-sweep of "Julia," the elegiac "Singing at the Gates," the final moment with "Against Despair," a beautiful poem about enduring the attacks against your poetic and spiritual voice. A perfect ending to the collection. Watch Zach Czaia read the poem along with a great introduction as part of his Poetry Lockdown series.