« A Book About the Spanish Flu | Main | The Essay Project: Stripping Down »

The Essay Project: Truth and Character 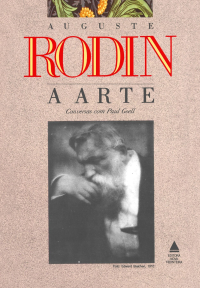 Back to the essays from Suzanne Gardiner’s Sarah Lawrence class.

This new essay from my stack is a good example of how non-literary essays can be particularly good essays for poets. In our Essay class, a student pulled this essay "For the Artist Everything in Nature is Beautiful" from “Art: Conversations with Paul Gsell” by Auguste Rodin Originally published 1984.

Art essays are always great poetry essays. I have stacks of art books that have taught me invaluable lessons about creativity and how other artists think, the similar struggles they've gone through, how they solve problems with their projects. So don’t pass up those thrift art books that look interesting to you.

And this is a pretty important essay as they go, so timely as it follows Tony Hoagland’s "Disproportion"  (which I ravenously agreed with two week ago). This essay is the other argument, the argument we’ve been hearing for the last 4 decades (or maybe longer, since the Romantic poets).

This particular conversation compares a Rodin sculpture to a a François Villon poem that inspired it, both depictions of the ravages of age.

[By the way, while I was in Cleveland a few months ago my parents had me watch the first two seasons of The Kominsky Method, also a depiction of the ravages of age].

The Villon poem talks about shrunken breasts and sausage-speckled skin and the “dream and desire” for “eternal beauty” and finding beauty in unlikely places. Gsell maintains the Rodin’s sculpture is possibly superior, more fearful of a depiction (being so visual).

“What one calls ‘ugly’ in Nature can become great beauty in art…When a great artist, or a great writer gets hold of one of these types of ‘ugliness,’ he instantly transfigures it. With a wave of his magic wand, he transforms it into beauty; this is alchemy, this is like a fairy tale.” 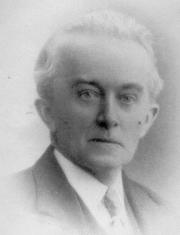 This is actually an idea going back to the Romantic poets elevating so-called common topics, an idea rising to a groundswell in the artist archetype we live by today. And it's a swell idea. It’s a good thing. It can be like a fairy tale.

The problem is this idea has become a cynical pose devoid of the authenticity it claims to represent. And here is where the whole idea of authenticity, truth and character starts to falter.

There are many ways to be in this world, so many ways to express one's 'soul' and every communication (be it a painting, sculpture, poem, short story whatever) requires both its lies and its truths and these words 'character' words have become vague and insincere at best and stale, ugly lies at worst. These words have become establishment code for who's included or excluded as a 'serious' artist. It's fundamentally untrue.

Plus those words just can’t break through the wall of  post-modernism with its deftness and exposing fake truths. If truths have turned fake then what can we say about the truths found in artifice?

I explain it like this: there’s a very good reason why a gay man (for example, or member of any other disenfranchised group) might be attracted to artifice and 'over-the-top' kitsch and big display. Why would that be? What do these ideas offer for longtime disenfranchised, excluded artist?

What does the idea of authenticity have for someone living a life that demands they hid their true selves? Not much. If you can't be your authentic self for one reason or another, if society's definition of authenticity itself excludes you, why cater to its limitations?

This essay has had its day.