The Essay Project: Sparkle and Excess 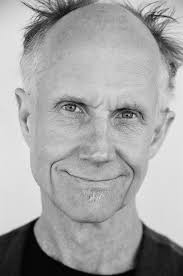 I didn't recognize this essay at first. It's another one from David Rivard's class set called “On Disproportion” by Tony Hoagland. I’m predispositioned to like Hoagland. He’s very funny. And this essay is from one of my favorite books, his  Real Sofistikashun: Essays on Poetry and Craft.

He divides the world of poems into “two large camps”

(1) “the conservative, well-wrought, shapely poem” and

(2) “the deformed, admirably lopsided, zany, and subversive one.”

“Any good poem," he says, "tames the savage or savages the tame to some degree.” Balance. I like it. He talks about how good poems should hold “certain opposing energies” and defines “disproportion” as a “conscious indulgence in stylistic effects…indulgences of the unconscious impulses…..even when such indulgences distort the ‘packaging’ of the poem.”

[Because I’m also Cher Scholar I might call this the Cherness in a poem.]

Hoagland first looks at the straight-laced poems of Horace who “harmonizes and subordinates parts to a whole” and who believes “the middle way is best.” Another example he uses is William Carlos Williams’ poem “Pastoral,” a poem which he says has an “appealing plainness….directness that seems open and American.” Horace poems, he says, are “didactic in…intention and argumentative in its structure…architectural and conservative…symmetrical and lucid.”

Hoagland uses Oscar Wilde as a comparison, a poet who contends “what art really reveals to us in nature’s lack of design, her curious crudities, her extraordinary monotony, her absolutely unfinished condition….If nature had been comfortable, man never would have invented architecture…” He's so funny.

Hoagland contends that Wilde was more “frank than most artists about the ego drive that lurks beneath making, and the need to make the ego feel safe. The goal, as he presents it, is a sense of mastery.” Hoagland points out our internalized “biases when we say a poem should be ‘economical’ and ‘efficient'..."applying commercial terminology to art.”

I would also ague that we misread "authenticity" as this same kind of economy. “Control exacts a cost too: It is often achieved at the expense of discovery and spontaneity,” Hoagland says.

He then covers a few poems of Wallace Stevens, “the first poet in whose work [Hoagland] recognized elements of style as deliberately excessive….[with elements of] playfulness rather than loftiness.”

Hoagland appreciates the way these poems are “elastic in form instead of architectural, more like a Sinkly than a Grecian urn with” their “willingness to gallop off…allowing language to balloon into clause upon clause….experience…not really interested in organizing…excess instead of wisdom….opulence instead of utility…sometimes far-reaching heartiness….the human value of flamboyance.”

As a Cher fan, of course I’m inclined to agree with all of this.

It's not “mere style,” Hoagland says. But then he wonders if style can even compete with “autobiography crowd[ing] the pages of literary magazines, proclaiming the virtue of the raw, the mimetic, and the experiential.” Alas, this is a Rolling Stone music critic too!

Hoagland admits this thing “uneconomical—the marriage of a lot of fancy words to a little bit of situation…linguistic vaudeville…” combined with sobriety can create “a boozy eloquence and then into a serious invocation.” He maintains “our ability to change direction in an artwork is greater than we commonly suppose….comedy and pathos coexist.”

He quotes the Denis Johson poem “It’s Thursday: Your Exam Was Tuesday” to say “The most literal-minded of readers might charge that the poet wastes twelve lines to say nothing more than that ‘the moon came up.’”

The ultimate disproportion poem cited is “Cities” by Susan Mitchell and Hoagland refers, as I have above, to rock music’s terms: “feedback occurs when a guitarist moves his instrument too close to its amplifier—an ugly screeching burning sound is the result…often produced deliberately” and this equates with Mitchell’s “pure voluptuousness of sound."

Hoagland says we seek control “economy and proportion. We discard such insubordinate language because it doesn’t match the rest of the furniture in the house, because we aren’t supposed to allow an elephant in the living room: It makes ownership unclear.”

He then covers Tess Gallagher poems, “disorder maps". This poet, he says, is "seized by the muse (the medieval called it the furor poetica) and carried away.”  He says we should see this as “not only an ecstatic ‘giving in’….but as a rebellion against the predictable development of more generic poems….Excesses, this essay argues, are good. In capable hands, they demonstrate freedom, give pleasure, celebrate artifice, react against convention, and illustrate the healthy, complex earthiness of the maker.”