Happy New Year all. I’ve lost some time here since mid November. First the election drama in the U.S. which is ongoing, with the Confederate party having decided to abandon democracy and the union.  On top of that, both of my 84-year old parents caught covid-19 in Ohio the week after the election. We came screechingly close to losing them both. It was a horrifying experience including my mother’s dystopian descriptions of the covid ward at the normally excellent Cleveland hospital. This after a year of hearing members of my extended family rail against any kind of covid restrictions so they could be free. I’m a different person on this side of things. The ramifications of this are still to be seen.

Anyway, back to work, including this project. 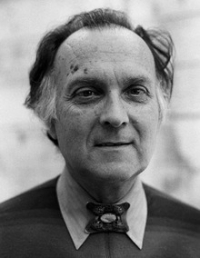 I started reading this essay before all the shit started. Much of it was incomprehensible to me on the first read, punctuated with Duncan’s own poems as examples. (How generous of him.)

It's an essay about rhythm, the “tide-flow under the sun and moon of the sea, systole and diastole of the heart, these rhythms lie deep in our experience” and the breaking rhyme, “swell and ebb/rise and fall” of lines of poetry. Okay, I’m with you so far. But then we get into “personal and cosmic identity” and Schrödinger and Oedipus and “psychic life.” “Each poet seeks to commune with creation, with the divine world.” “We work toward the Truth of things.”

He even admits: “this is a heroic and dramatic gesture and may obscure what I would get at.” Yes. Yes it is.

( obscurity.  Flaring into a surf

upon an answering obscurity. )

That kind of gauzy vagueness was fun for a few decades but now it’s not wordplay anymore, it’s politics. And if you indulge in it it, you sound like a self-involved narcissist. And also probably a privileged jackoff with too much time on your hands. (And I say that from a place of privilege with enough time on my hands to write this blog post).

“It is not that poetry imitates but that poetry enacts in its order the order of first things, as just here in this consciousness, they may exist, and the poet desires to penetrate the seeming of style and subject matter to the most real where there is no form that is not content, no content that is not form.”

Sigh. My head hurts. I do understand a statement like this: “dance and poetry emerge as ways of knowing.” They are ways of knowing. It’s the "emergence" I’m hung up on. And the capitalized generic nouns.

“To answer that call, to become the poet, means to be aware of creation, creature, and creator coinherit in the one event. There is not only the immanence of God, His indwelling, but there is also the imminence of God, His impending occurrence. In the expectancy of the poem, grief and fear seem necessary to the revelation of Beauty...

To be alive itself is a form involving organization in time and space, continuity and body, that exceeds clearly our conscious design. ‘It is by avoiding the rapid decay into the inert state of “equilibrium” that an organism appears so enigmatic,” Schrödinger writes…

“Becoming conscious, becoming aware of the order of what is happing is the full responsibility of the poet.”

These absolutes about what poetry is and what a poet should be are always so narrow.

“All deep things are Song. It seems somehow the very central essence of us, Song;”

“Poetry, therefore, we will call musical thought. The Poet is he who thinks in that manner. See deep enough, and you see musically; the heart of Nature being everywhere music, if you can only reach it.”

This reminds me of a poet named Greta at Sarah Lawrence whose poems Jean Valentine coarsely said were completely without music. I don’t for a minute think this is because Greta failed to think deeply.

But Duncan finds me again when he says “This music of men’s speech…is clearly related to that beauty of mathematics….

He talks about more about Schrödinger  and disequilibrium and how decay is part of moving to a state of equilibrium, that life is an evasion of equilibrium.

“Our engagement with knowing…our demand for truth is not to reach a conclusion but to keep our exposure to what we do not know.” This is good. This is important.

It’s about how striving is more important than arriving. He then quotes Charles Olson’s breath and line ideas. 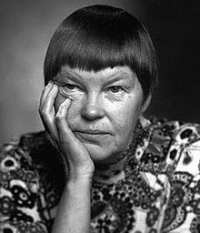 This essay packed came from my Sarah Lawrence essay class and it also contained another essay, “The Experience of Poetry in the Scientific Age” (1966) by May Swenson.

Similar to the Duncan, Swenson’s piece is semi-metaphysical if that's even the right word. And this is okay. You just have to be in the mood for it. I'm not always in the mood for it. The Duncan essay really annoyed me the first read. The second read it was much more palatable.

She quotes W.B. Yeats as saying poetry is “the thinking of the body.”

Well, I guess it is and it isn’t. I don’t feel T.S. Eliot did much thinking particularly outside of his head.

“The poetic experience…is one of constant curiosity, skepticism, and testing—astonishment, disillusionment, renewed discovery, re-illumination. It amounts to a virtual compulsion to probe with the senses into the complex actuality of all things, outside and inside the self, and to determine relationships between them.”

She compares and contrasts the impulses of the scientist and the poet and thinking into possibility, the poetic method and the scientific method. This essay is way before the 1969 moon landing so it references the possibility of that as if it were in the future.

She, too, uses her own poems as examples. She says, “Science and poetry are alike, or allied, it seems to me, in their largest and main target—to investigate any and all phenomena of existence beyond the flat surface of appearances.”

The she asks, “How is it that with our own minds we can explore our own minds.” She actually has an interesting poem about that she shows called “The Universe.”

But prescriptive “should” paragraphs like this wear on my soul:

“The poet’s universe had better be centered within the present: it had better not install itself (and stall itself) in anachronisms either conceptual or expressionistic. Because the poet, I believe, should be in the vanguard of his time. He can, in his unique way, be a synthesizer and synchronizer of the many components and elements of a great new pattern emergent in the investigations of biologists, psychologists, anthropologists, astronomers, physicists, et al."

By the way, when should a writer give up on a list and finish with an et al?

She finishes with “Poetry can help man stay human.”

Other than metaphorically, scientifically speaking...what other choice do we have?