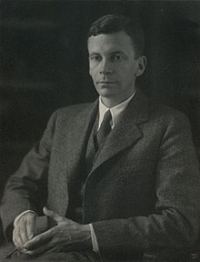 This week's essays are by Mark Van Doren. My stapled packet contains two essays with the handwritten date of 1942. They're collected in a book called The Private Reader: Selected Articles & Reviews (1968).

"Poetry and Subject Matter" is an argument against pure experimental abstraction in Modernism.

"Save for the esoteric and the insane, no one who is recent years has defended modern art by insisting that all art be free from subject matter has ever been quite comfortable with doing so. For art needs subject matter as much as it needs form, and only a madman will continue to deny this. Indeed it cannot have form without subject matter; thought it can have technique, a smaller thing that survives catastrophes easily, a kit of tools that turns up, rusty but still recognizable, under the ruins of any civilization. It is the tools of poetry rather than its shape and meaning with which criticism has largely been concerned since poetry in its modern phase began to need defending: since, that it to say, it began to lose its audience.”

If we sends ourselves back to 1942 we can understand why conversations about subject matter might be fresh.  MVD might have been dismayed to see how far those impulses went headlong into the 21st century.

This was a lost cause in 1942. I think we can see how it makes more sense in 2020. Forsaking subject turned even more narcissistic than confessionalism somehow. Eradicating even the self.

MVD admits that Wordsworth (“still the classic of modernity”) struggled to find a subject for "The Prelude" after many years of waiting for one. But Wordsworth's successors “have been forced back upon themselves in search for something to say"…and "even the subject of self” is something one “bravely exploits” but in it we only hear a “tone of complaint….of irony.”

MVD suggests that “poetry has become impossible because the world no longer supplies [the poet] with things to love.” He invokes “The Waste Land” … part of contemporary poetry with nothing to say. Writers lack a “faith in theme” like war, love, justice, God.

“The subject has been tarnished beyond any tolerable point: and once more it has ceased to reveal its variety….uniformly disillusioned and abstract.”

Disillusionment and abstraction...that was pretty much what modernism was about. To complain about this was to miss the point. Or state the obvious. But he understands our pain: “the industrial revolution, machinery, the middle class, too much sanitation, too little leisure, the credit system, standardization, total wars, frontier psychologies,…the hideousness about him.”

Imagine complaining about middle class leisure today, machinery, washing machines. We’re all leisure and embrace of technology today. He's be horrified. We’ve sold out our middle class in a race to the Walmart price and a house full of machinery crap.

He asks, “Was the world ever beautiful…is any actual world the prime material of poetry?” Perfection “was never here, and it will never be here, and the poet should know this better than anybody. But the typical modern poet, having sold himself to the world, knows only that he has been deceived.”

As we're dissembling into chaos and social media, our complaints about the foibles of language seem trite and privileged. MVD is absolutely right when he said,

“The world is all that it is, and there is an infinite number of things to say about it.”

The second essay is called "Achievements of intellectualist poetry" and here he takes on modernist's "difficult poems."

“I shall maintain that Intellectualist poetry has forced us to think exhaustively about the art which it serves—about the elements of this art, I mean, and about its history—and that as a result we have become an audience which for better or worse is committed to the complex poem”

He describes these complex poems as: “skeletons rather than as figures in the flesh," "diagrams of the nervous system, hideous with a tracery of vermilion and purple lines," and "Studies in anatomy, confusing in the way that diagrams are confusing...too many joints exposed."

There are many problems, he says. One, our age is eclectic, we read and know too much, “every style is available to us.”

Second: “we believe in too many things, not that we believe in nothing”...“we are meaninglessly free to choose. Neither orthodoxy nor heresy is possible in a situation which bestows upon all truths an equal and therefore minimum value. So the poet must make what stir he cam among the small, dry bones of thought, rattling them fantastically or arranging them in patterns which at best can only startle us by the oddness with which familiar notions have been juxtaposed.”

Third, society is to blame, poverty, war, spirits strangled in an evil and ugly world. [Man] has “a fierce desire to escape the very data of existence. Objects, customs, things: he distrusts them all."