My New E-Lit Pieces and The Language of New Media 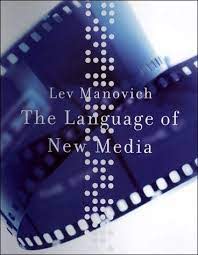 I just finished reading The Language of New Media by Lev Manovich. Three things I can say about this book. One is that it's written like a textbook and is very, very dry. If you're not serious about New Media pieces, I would skip this book. Two, there's a lot of philosophy of new media culture here that is much broader than simply talking about art on computer and film (there's actually a lot about film chat here). This book is about how these tools (databases, navigable space, computer collage) change our thinking, just as media changes have always tweaked our view of the world. And three, no other book has ever given me more ideas about digital projects than this one. It was slow going, but it was really crunchy food for thought.

And predictably, after finishing the book I was inspired to experiment with a slew of new media, e-lit poems: https://www.marymccray.com/audio-clips.html.

One goal of mine was to give my e-lit projects some higher emotional content. My slim surveys (to-date) around the e-lit landscape have shown me lots of cool projects that use language as mostly raw material in order to experiment with the new technologies. Not many artists have gone beyond post-modernist and modernist kinds of intellectual experiments around language to use poetry in a more traditional way but still incorporating new media platforms. That's not entirely true, but for the most part.

This is a question I'm always asking: what affordances (or attributes) about a book or an HTML page help serve the poem better than without those affordances? The same with e-lit stories. How does the platform serve the story or poem? And if it doesn't, it's not an integral part of the poem or story. It's just an alternate-delivery device.

So, there are really three things I was interested in: using (1) crafted sentence (versus randomly generated material) with (2) emotional content (vs. content with ironic distance or an intellectual message) in play with (3) new media platforms (HTML, Forms, PowerPoint, Graphs/Images, etc.).

And all that equals e-lit love poems, doesn't it? Of course it does.

Posted at 12:07 PM in Books to Read, Poetry Technology, Whole Life of the Poet | Permalink