« A Book of Poetry Using the Multiple Choice Format | Main | The Essay Project: The Poem as Journey »

The Essay Project: The Modernism of Stein, Moore and H.D. I've been posting blog reviews of essays I was given in a poetry essay class at Sarah Lawrence College in the 1990s. Here's another one. Sometimes essays were simply chapters in a book, like this: “Women Poets and the Emergence of Modernism” from the 1993 book The Columbia History of American Poetry (Parini & Miller).

Although this is a great-looking tome of comprehensive American poetry history (the kind I’ve been looking for actually), the fact that a student brought this particular chapter to discuss is very telling. Modernism when I was at Sarah Lawrence was about 80 years old. It’s now over 100 years old. And the fact that it takes up so much of our intellectual energy is crazy-making to me. I’ve taken three Modernism MOOCs: the University of Pennsylvania’s ModPo (which made connections between Modernist and contemporary language poetries), Harvard (connecting Modernism in Chicago, New York City and London) and the University of Illinois (exploring poets the Modernists rejected; this class was my favorite because it showed the flip-side of history). I just finished reading B.S. Johnson’s The Unfortunates and in his biography by Jonathan Coe we see even Johnson was criticized back in the 1960s for thinking James Joyce was something new.  That was 30 years before my Sarah Lawrence class. Will we ever move on?

Anyway, this is an article about the forgotten women of Modernism, the “largely neglected figures” of Gertrude Stein, H.D. and Marianne Moore. This is all in the context of the 1990s when this book came out. All my MOOCs covered Stein, H.D. and Moore and I studied Stein in undergraduate school, so I feel this error of omission has been partially rectified. I say partially because the Big Brains of Modernism are still considered to be Eliot/Pound/Williams/Stevens and that quadrant of maleness has been way over studied. 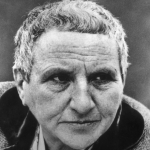 This chapter reviews what made Stein/H.D./Moore unique in their processes and content and what made them vanguards in their own right and not just adjuncts to the guys.

“These women shared this antipathy to sentimentality but did not often share the positions of their male contemporaries, whose experimental forms masked conservative—even reactionary—attitudes toward women, society and politics and whose interests in myth and history excluded women.”

That’s exactly what the University of Illinois class on Modernism was talking about!

It's also noted in this chapter, however, that Alfred Stieglitz was one of Gertrude Stein’s first champions (as well as Georgia O’Keeffe’s) and Stein's first 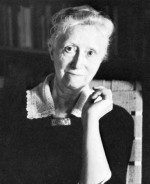 published poems appeared in issues of Stieglitz's Camera Work in 1912.

“Stein was the most modern of the Modernists.”

In college when we were studying Gertrude Stein (who I was just hearing about), my classmate Diane Harvestmoon said, “Listening to Gertrude Stein is like listening to rain.” I always remember that brilliant thought. Don’t try to figure rain out, right?

“Until recently, she remained a writer’s writer.” I think she’s still a writer’s writer and that’s okay. She’s compared to Hart Crane here in their shared sense of “surface pleasure of the text.”

The essay also drops the bombshell that “H.D. had already perfected the [Imagist] style that Pound claims to have discovered.”

I also love the Marianne Moore’s quote of George Grosz, that art is “endless curiosity, observation, research, and a great amount of joy in the thing.”

The essay claims these writers were “working from a wholly different and more revolutionary attitude toward poetic authority than the High Modernists.”