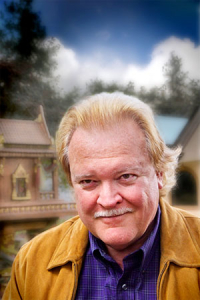 So we're continuing to go through essays I read in a grad school essay class. To recap, I recently found a box of essays from the class in my garage. I’m blogging about them here so I can throw them out. I'm really enjoying revisiting them.  This essay, “Poetry and Audience” by Robert McDowell is really an article from Poets & Writers from 1988.

I was taking the class in 1995 so this is pretty old already. Someone must have been hanging on to it. I have made a funny note at the top: “Robert says irritating.” This was referencing poet Robert Fanning who many girls (and boys) I knew had a crush on at Sarah Lawrence College but he was allegedly unavailable (engaged or married or something). I didn’t know him at all. I was only in two classes with him including this one. Besides, I reserved my crushing for Ross Gay (who I only ever had in one class). But I did note this comment as if it were valuable for some reason.

I should note I took a class from Robert McDowell years later at the West Chester Poetry Conference. It was a seminar on narrative poetry and his class and advice helped me quite a bit while I was editing Why Photographers Commit Suicide and when I started the long narrative that is Cowboy Meditation Primer.

McDowell starts by acknowledging the lack of readership in poetry, causing in writers a “self-esteem that has disintegrated,” feelings of being inferior and useless (I'm thinking white male angst here) and he does then invokes Yeats, Eliot and Ezra Pound. But then he counters that he's not so sympathetic with that view and proposes ways to broaden the audience beyond the academy, writing students, and eccentrics who read poetry. His potential audience aims at everyone else who is watching TV (video games weren’t even a thing yet—how quaint).

He also makes a differentiation between sentiment and sentimentality. This reminds me today that we may have thrown out the baby with the bathwater, instead of simply throwing out the old clichés. We might have thrown out our humanity in an effort to avoid stilted Hallmark emotions.

When I used to read Poets & Writers articles I would circle faculty names I recognized in MFA Writing Program advertisements (which are the majority of the ads) in case I one day wanted to look into their programs. I scanned all the names I had circled and I didn’t notice this at the time but Digby Wolfe was teaching TV writing at University of Southern California. He was a writer on Laugh In and head writer for the 1975-76 Cher show.