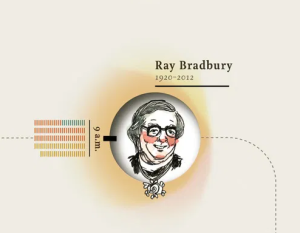 I read a really sexist essay last week by Robert Duncan so I looked him up on Wikipedia to see if he was part of that sexist clique of Modernists. Wikipedia describes him as “a devotee of Hilda "H.D." Doolittle” and that got me wondering if I was going to be a “devotee” of some poet, who would it be? I mean someone who could I be a completest for (buying up every volume and critique)? Who could I haunt the alleys over in search of they key to what makes them magical beings? I was stumped by this question. I mean it didn’t take me long to narrow down a few suspects. I have never NOT enjoyed an Albert Goldbarth or Anne Carson book. I could see becoming a devotee of someone who I could imagine enjoying 100% of their output and consuming their biographies with relish.

But….Anne Carson is ruled out because her stuff is all, in actuality, over my head and I’m completely unwilling to learn Classic Lit to any degree, let alone what I would need to do to fully comprehend Anne Carson books. So...I'm crying uncle on that one. Albert Goldbarth on the other hand, yeah I guess I could become a devotee of his but the one time I saw him at the Los Angeles book festival, he was a bit crusty. So I don’t know if I could show up to all of his shows, if you know what I mean. Which you'd have to keep up with as a devotee.

Here’s the other issue, I'm already pretty busy being a devotee in the pop culture sphere. And honestly, that's too much fun to give up. I mean, until there are 33-lps, 45s, 8-tracks, dvds, blu-rays, Vogue magazines, tv show episodes, posters, perfumes, skin care products, goth furniture to track down, I might get

bored with just collecting....books. I mean I just bought a Cher puzzle today. And I'm eagerly anticipating it's arrival. Can you picture an Anne Carson or Albert Goldbarth doll, complete with an array of Bob Mackie outfits? No. Maybe we should have that. But we don't. So, I'm out of luck to become a poet's scholar. I'll have to make do with my literary finger puppets, which do come with awesomely detailed outfits.

Meanwhile, here's an interesting article on how our writing rituals may help us think: https://getpocket.com/explore/item/the-psychology-of-writing-and-the-cognitive-science-of-the-perfect-daily-routine. It includes a chart of famous writers and their waking-up habits vs. productivity levels. Here's a shortcut to the chart: https://www.brainpickings.org/2013/12/16/writers-wakeup-times-literary-productivity-visualization/. The chart is hard to summarize but the author with most books and genres combined with the most awards is Ray Bradbury, who woke up at 9 am everyday.

Finally, while I was visiting the brainpickings.org site today, a pop-up window came up saying, "Hey, I thought you could use a poem today." And boy, I sure could. What a nice websity thing to do!

Posted at 01:32 PM in Craft, Lifestyles of Poets, Whole Life of the Poet | Permalink