« The Essay Project: Why Am I A Poet? | Main | Rune Stones Readings, Mark Twain and Beowulf »

Poems in the World: Old and New

You may have seen this video by Gary Turk about disengaging from technology. It was recommended, ironically, by someone high up in our IT department.

Which is amazing in and of itself. This is the same person who told us last year to stop emailing each other so much and pick up a phone. I think people (even in tech) are starting to see the damage that tech can do to social engagement and work processes.

Another amazing thing: I took me a minute and 40 seconds to realize the video was a poem!

There's some great shots in the video, especially the time progression of the poet standing looking at his phone while tons of life passes him by unseen.

I found a not-so-nasty but rebuttal of a parody: https://www.youtube.com/watch?v=9Jhd3HXcaEk

Although the parody is too dismissive of the problems in tech-dependency, it does make some good points. Like when your bike breaks, you can learn to fix it on YouTube. My family leaned on Zoom technology this weekend to enable more family to attend my aunt's funeral in the time of Covid-19. It's not all bad. It's just bad if you can't stop. 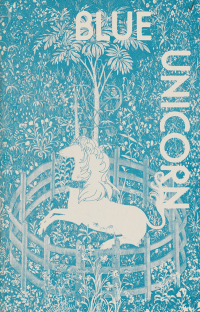 Good albeit old news. I'm in the not-so-latest issue of Blue Unicorn, February & June 2009 issue!
(not the same cover, left)

Back in 2008 I lived in Venice, California, with Mr. Cher Scholar and had the poem "Bluestone" from Why Photographers Commit Suicide accepted by this journal. But then we moved to Redondo Beach in early 2009 and it's possible my contributors copies did not forward.

Anyway, I assumed the magazine folded or they changed their mind. But years later I found a spreadsheet of my acceptances and I was reminded about this one. So for ten years my to-do list has included the task of researching the missing contributors copies.

I tried to email the magazine years ago but the email bounced. I tried again last month and they responded. And sent me my belated copies! Whoo hoo!

Inside is one of my many name experiments: I'm listed as Mary Elizabeth Ladd.

Posted at 03:56 PM in Poetry Technology, Poets in Action, Think Outside the Lament, Whole Life of the Poet | Permalink