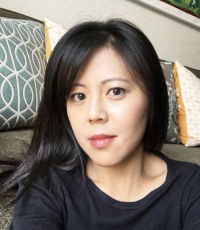 This week's essay is more of an online article on Literary Hub but it's really good: "Unsilencing the Writing Workshop" by Beth Nguyen.

I was resistant to these ideas about restructuring the writing workshop at first. After decades as a student, I had grown accustomed to the imperfect edict of staying silent while other writers critiqued my work. Always, some responses were completely self-centered (“I’m just not into this genre you’re doing...I would switch to this genre that I like") and comments were often conflicting. But on the other hand, poets talking about their own work in a workshop can get unproductive and highly defensive themselves. Some poets tend to do more talking than listening. They enroll in the workshop seeking praise and glory and, if it's not forthcoming, try to talk everyone into giving it.

But Nguyen makes a very good point about the need to eliminate conversations that plummet down rabbit holes, confusions that can be easily fixed if writers could chime in even briefly. Much time is wasted “talking about a plot point or logistical matter that could easily be cleared up by simply asking the writer what was intended.” And eliminating these pointless distractions would leave more time for substantial structural conversations.

There’s a fine line between a writer mistakenly forgetting crucial information in a piece and a reader who wants to be coddled and not have research any detail. It's true, as Beth Nguyen says, no one can agree on what constitutes basic knowledge. In her example, the idea of dim sum took a workshop discussion down an irrelevant path because some readers didn't know what this dim sum was. She illustrates how basic knowledge falls along cultural groups.

From Nguyen's comments, it occurred to me that the current workshop process (with its silent authors) follows the New Criticism's austere paradigm. And it is a political, biased and very outdated paradigm. As Nguyen insists, “a text doesn’t exist without its author or without the time, place and circumstances—political, cultural, and more—in which it needed to be created.”

This is my problem with New Criticism in a nutshell. In this blog, I've compared it to Hercule Poirot refusing to see any other evidence but what is found at the scene of a crime. Who would do that?

“Workshops are always personal,” says Nguyen. Sad but true. Readers can’t check their biases outside of premiseses of a workshop. They just can't seem to do it.

Nguyen says opening workshops to comments from the authors created an uplifted mood in the classes. Authors were able to discuss their intentions and help the group refocus. That led to less off-base prescribing and more open-ended questioning in the class.