The Other Nautilus Prize 2019 Winners 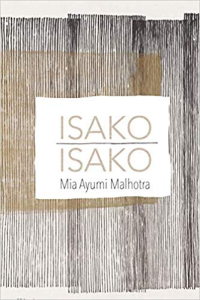 When I come in as a silver winner or finalist in a book competition, I usually like to buy the winning book(s). And because the Nautilus Award was so particular in its vision, I ended buying and reading all the runners up in my category.

The same book was the winner in both the Indie Excellence Awards and the Nautilus awards, Isako Isako by Mia Ayumi Malhotra. Her book has received good press and placed finalist in many other awards as well. It was an enigmatic book that was hard for me to penetrate at first, poems about a survivor of a Japanese-American internment camp in WWII. I'm interested in this history but I still found the poems opaque. I want to say the point of view in those poems belonged to her mother but I can’t really back that up.

However, the book ends with some amazing poems about the poet and her mother, including these great poems:

“Isako Shows Her Daughter How to Ply the Line”

“The Losing Begins” (ditto), also titled "The End When It Comes" in this journal: https://readwildness.com/6/malhotra-comes

Interestingly but I guess not surprising, all the silver winners in the Nautilus poetry genre were books with a Buddhist bent. Not only that but all three books included references to New Mexico: mine fully but the other two in brief glances. There’s some connection between the New Mexico landscape and Zen Buddhism. I talk more about this in the PDF travel guide to my book. It's a thing. 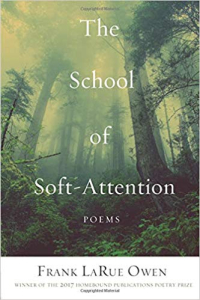 The School of Soft Attention by Frank LaRue Owen was full-on New Mexico in parts. He references living there for a while and the Rio Grande and Bandelier.

I liked his introduction about the process of writing and spirituality. His poems seemed like very personal meditations.

"There is Only One Poem"

"The Flower in the Mountain"

One of his poems reminded me of my own poem “Kneading” about baking and Zen. In a poem called “Almond Eyes,” he ends with “love is what/makes the dough/rise, not yeast.” 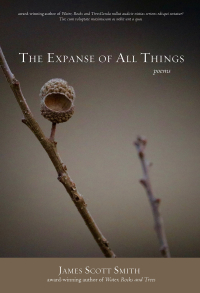 The Expanse of All Things by James Scott Smith was a great book of more universal (yet still personal) meditations. His poems were long and thin and like Owen’s steeped in nature and personal contemplations.