There are good times and bad times, basically extreme times when we need to breathe in order to re-center our frenetic brain. It feels like bad times right now just dealing with the news, but also creative times. Or maybe it's just that bad times demand more creativity from us. I'm thinking a lot today about cultural loss, as well as the great suffering that is caused by those who want to assert, gain or keep power and money. I'm trying to breathe through it and look between those breaths for ideas I can use.

The Prompt: Dealing With Loss

"When in wordly activity, keep attentive between two breaths and so practicing, in a few days be born anew."
- Shiva 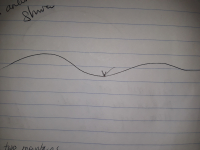 Between two mountains
the open valley of breaths.
This is where we live.

I'm noticing that I'm gravitating to landscape depictions of meditation and the breath. I'm beginning to wonder if this might be the appeal of New Mexico to Zen Buddhists and mindfulness practitioners.

I recently won a silver Nautilus award.  (Have I mentioned that twenty times yet?) Anyway, I purchased the other books of the Silver and Gold winners. The other two Silver winners are both Zen books, interestingly enough. But amazingly to me, both also mention New Mexico as a prominent place of inspiration or a place where some of the poems were written. That makes all three Silver winners books about Buddhism and, to some degree, New Mexico.

I think there's something about the light here, or the water maybe, but probably the wabi sabi of the architecture and landscape that facilitates Zen Buddhist mindfulness. Can't quite put my finger on it, but it's obviously gotten into my head too.

Posted at 05:39 PM in Lifestyles of Poets, Poets in Action | Permalink