The Poems of House of Leaves 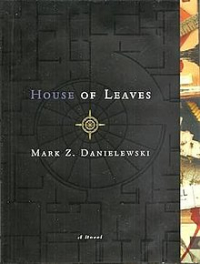 I’ve been majorly waylaid from blogging about poetry by a punishing amount of life events. But I’ve kept on reading. Like Nettie sobs to Celie in The Color Purple, "Nothing but death can keep me from it."

The difficult book club has kept moseying along, which is all you can do with difficult books. My third turn running it, I picked the interactive novel House of Leaves by Mark Z. Danielewski. And for those of you who haven’t read this novel about monsters and academia, there are plenty of poems in it. First of all, the character Zampano has a whole appendix of them, Appendix 1-F, pages 558-565, which feel like satirical send-ups of contemporary confessional poems.

The book is about overthinking, the plethora of ways to overthink and over-research (I scored high in 'Input' in the Strength Finders test so I'm a particularly bad case), information overload, all as a sort of avoidance of the heart and its useful information. And posturing, lots of posturing. Poems fit smack right into this hot mess.

There’s one poem in another appendix set called The Pelican Poems, Appendix II-B, pages 574-580, that explains the inspiration for the title "house of leaves" (page 563) and another poem there exploring roots of a tree as an idea for both family tree and the scary labyrinth under the house (page 565). I never did find out who Pelican was or how those poems tied in to the book; but frustrations over fragmentary information is also a theme of the story. The Pelican Poems themselves are also satirical but in a formalized, jet-setting, European style.

There are also appendices that read like poems, a chapter of letters from Johnny's mother reminiscent of long prose poems and an appendices of quotes full of found poems (pages 645-656). 656! Yes, this was a long book.

There are also excerpts of real poems from Robert Frost, Sylvia Plath and Jane Hirshfield which further clarify the book’s themes and Danielewski's inspirations. The book is full of narrative layers, footnotes and typographical accents. Danielewski's sister, rock artist Poe, also created a companion album that provides yet another source of narrative input.