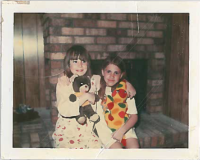 Sooooo…. "33 Women" did not turn out at all like I expected. And I don’t know really how to start summarizing it. I haven’t delved into biographical material in a very long time and never to this extent, for 30 days. The idea for the project came to me way back in 2014. I imagined the set would be very light and fun. In my head they would be just hanging-out poems.

But every single day I was forced to confront the value of all my friendships with these amazing people, what they gave me or how they directed me somehow. And some days I wasn’t really ready for it. But I had a strict self-directive to keep the poems chronological, so I did it but....things got heavy, man. I can only attribute it to recent events and affections. 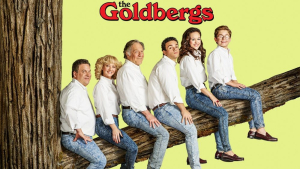 Needless to say, life has been stressful lately. Work has been shockingly stressful. And I’ve been indulging in the basic comforts of TV sitcoms, which I don’t think I’ve watched since Thursday nights of The Cosby Show and Seinfeld (and we all know how that ended). But I’ve been specifically finding a show called The Goldbergs very comforting and I’ve binged watched about 5 years of episodes in 4 months. This is heavy nostalgia-therapy. Likewise, I’ve been a superfan of Schitt’s Creek for a few years,  (I just bought the key chain; it’s a real piece of Schitt), and that show is very similar to The Goldbergs in their inclusion of highly emotional and unabashedly sentimental moments. When I first started watching The Goldbergs, (which I did because I’ve always found George Segal exceptionally charming, and he does not disappoint here), I would cry at the end of each formulaic episode! It was maddening and wonderful all at the same time. The same can be said for the last two seasons of Schitt’s Creek, which I started watching because I'm a fan of 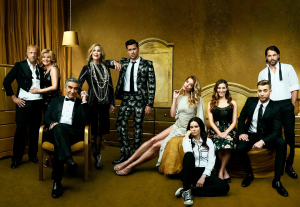 Eugene Levy, Catharine O'Hara and Chris Elliot (all in one show!), but have since developed super crushes on Eugene's real-life son Dan Levy (David) and his fictional sister Annie Murphy (Alexis). These shows make me feel all the feels (as my Millennial colleague likes to say). It all seems like a much needed backlash against posing and the post-modernist antipathy toward feeling feels.

I’m sure this was an influence in my swerve toward tear-jerking, end statements. It may be true, the saying about “no tears for the writer, no tears for the reader” but I've never been particularly interested in creating my own weepers, because as a Generation X human, I'm overly steeped in such posturing and post-modern anti-feels.

Adn you might think the #Metoo movement also influenced this set. The project was planned years ago and just happened to cue up this year. #Meoo was not even a thing. However, I can see traces of influence all through the poems. For one thing, the titles would never have been simply names of women, the common wisdom demanding titles more enticing and varied. But this year I felt very strongly about giving these poems the names of their persons. That was pure #Metoo tribute. It was also some #Metooness to shove the boys into the backseet (literally) very early on, and they stayed there. At least two of the friendships depicted were actually part of triad friendships with a boy member. And I decided to focus on the girl to girl part of it exclusively. I also sought out positive markers of these relationships, which I may not have done last year. And I couldn’t always pull it off but I started with that intention.

It was the same exhausting gauntlet of sweat it always is doing NaPoWriMo in April, just with an added layer of emotional stress. Considering all the drama going on, I’m amazed I made it through them all. I'm sure I have some new gray hairs to show for it.

In the spirit of girlfriends, I’d like to close with this clip sent to me recently by a very good new friend named Mikaela when we were discussing our mutual love of Kristen Wig.

Thank you Michele. This year’s NaPoWriMo journey was an extraordinary one for me and you inspired it many years ago with the inscription you left in your gift to me the day I left that company with the shark-tank lady. What surprises your friendship continues to provide. I will never forget you.

Hercule Poirot and the Problem with Close Reading 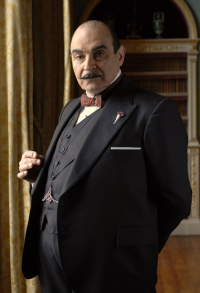 Two things have been happening: Monsieur Big Bang has been watching copious amounts of British mystery shows, (I’m attributing this to his turning 50 and needing to feel a sense of justice in the world), and I’m taking an open, online class about how reading has changed, for the better or worse, with the introduction of digital devices.

These two things came together beautifully this week when our class starting talking about all the various reading strategies people employ on different mediums, including academic “close reading” which is particularly relevant to poetry. This is a strategy coined by the Formalists or New Critics, a faction of Modernists in the 1930s/40s with practitioners such as John Crowe Ransom, Allen Tate, Cleanth Brooks and Robert Penn Warren and tangentially T. S. Eliot and Imagists like Ezra Pound. Close reading focuses solely on poems with a careful explication of word choice and scansion, all other contextual information, (cultural, biography, psychology, whatever), to be completely excluded as beside the point. New Critics believed poems were whole and separate systems unto themselves. Likewise, they tended to believe the same politically and socially. Self-reliance. Each poem for himself.

I was trained to do close readings and I have a nerdy passion for breaking things down to their connotative, syllabic operations, but I’ve never liked these guys or their grand theories and so I tried to work it out this week in our forum discussions: what was it exactly that I didn’t like?

Close reading focuses on qualifying word choices, word types, word order, systems of meaning between words, how words look and sound together, in other words, how the machine of a poem operates. It's fascinating to track the craft of a poem this way, to explore the connotations of words and the denotations.

However, words themselves are historical and political systems. Their meanings evolve for cultural reasons and due to cultural pressures. The word “fag” is a perfect example. And words are chosen by a poet for biographical reasons, even if subconsciously.

Our professor in his lecture on close reading referred to plants and humans, suggesting they are individuals like poems. But we know with certainty that plants and humans aren’t at all individual, self-sustaining systems and neither are poems; they are parts in a larger system and the more you "look closely" at them, the more you see how hard it is to define where a plant ends and water, air and soil begin. If you look closely at a person, you see they are not only the physical sum of water, air and soil, but the social sum of all the help and influence of thousands of other people they’ve known in their lives. You couldn’t survive 3 days after birth without the help of another person. The same with a poem: it’s a complicated system.  A close reading is one tool of many exploratory tools to understand how it works. The study of biographical, historical, political context are other tools among many. To ignore all the other tools would be like a detective insisting he would only limit his knowledge of a murder to the physical scene of the crime. 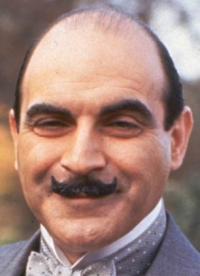