NaPoWriMo will be upon us in just about a week. I probably won’t post much on Big Bang Poetry during that month as I’ll be furiously writing disposable poems. I did the prompts last year and it was a bit unsatisfying due to the fact that everyone is now creating their own prompts. So this year I decided to return to a project, one based on a poem I did many years ago for my friend Michelle Sawdey after hearing she passed away and while I was on a writing retreat and found a notebook she had given me and being moved by her inscription.

My NaPoWriMo project is called “32 women” and I’ll be writing each day about a woman who has been a part of my life, plus 2: one intro poem I’ve already finished for March 31 and the original Michelle poem for May 1. As we progress, you can find them here: https://hellopoetry.com/mary-mccray/ 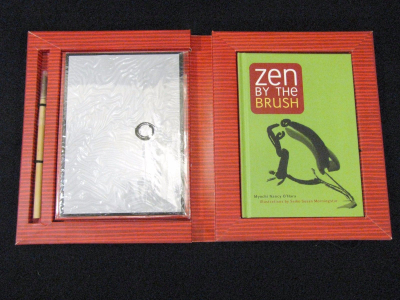 Then I have another project lined up to start maybe in June called "52 Haiku." I’ll be posting a prompt each week for a year. Each prompt will initiate a meditation, a haiku, and a small sumi-e ink drawing. I so suck at drawing, this should be interesting. As a guide I’m starting with some of the prompts in Zen by the Brush and I'll be using an ink kit I found online.

What I love about haiku is that if feels like the opposite of eLit: offline, quiet, single minded.

And yesterday I came across this interesting page surveying Shambhala Publications haiku catalog. Food for thought while we prepare for 52 Haiku in June.

So there’s the quiet, formal, contemplative haiku and then there's the rambunctious, genre-bending, boundary-pushing area of experimental and eLit poetry. On experimental poetries, I found some interesting things:

Monsieur Big Bang recently sent me this link to Marie Osmond from the show Ripley's Believe it or Not. She's in a yellow robe doing a dramatic reading of Dada poems, specifically reading Hugo Ball’s sound poem “Karawane.” All I can say is "Wow Marie, we hardly knew ye."

My friend Maryanne sent me this link to a whole carousel of poetry readings on The New York Times “Read T a Poem" page. It's got a a very clunky user interface. Here’s another list that includes some, but not all the readers, which include Amy Adams, Brian Hutchison, Jim Parsons, Andrew Rannells, Matt Bomer, Michael Benjamin Washington, Lauren Ridloff, Joe Mantello, Charlie Carver and more.

I have yet to get Dreaming Method's last project running on any of my computers but they've just announced a new eLit project called Thanner Kuhai:

“A metaphorical and poetic journey about finding hope against all odds, Thanner Kuhai transports the reader/player into an immersive cave environment where language becomes intertwined with natural surfaces in a glimmering subterranean world. Navigate a labyrinthine network of flooded tunnels and passageways teeming with strange life and shadows of words. Submerge deeper. Or seek escape to the surface.”

See a preview at http://www.dreamingmethods.com/thanner-kuhai/.

And I know I’ve been insisting here that lyrics and poetry have more in common than not, (since Bob-Dylan-Nobel-Prize-gate last year),  and I recently had a very unfortunate hard drive accident, (coupled with a miraculous file recovery), that scared me into backing up all my old files. As I recreate a lot of them into newer formats, I’m finding that (a) I had no idea how lame my early ideas were and (b) I had no idea how appallingly shrill and cocky I sounded in old college essays. It’s been painful. I now wonder if this hard drive accident was the universe kindly trying to delete my old self on my behalf.

And lo and behold, I see I felt the same way about what was and was not poetry back when I was in graduate school at Sarah Lawrence. In one paper, our professor, poet David Rivard, asked us to write about our favorite poems and the majority of mine were not poems.  They were a hodge-podge of poems, song lyrics and found quotes.

I even had this to say before I launched into my list:

“Since we have consistently failed in poetry to at least come up with a working definition of what it is, no one's going to tell me what it isn't.”

Holy crap I was smugly confident! That was a real circle snap. And the whole essay is like that. Painful.

That said, I'm happy to see I included Joni Mitchell's “Last Time I Saw Richard” (which I once memorized and would read aloud as a poem) and I often think about this prose poem I made from a Grary Shandling joke:

And honestly,
that's a problem that's plagued me
throughout my life.
In fact,
I did not know that there was a picture
on the other side
of the drive-in screen.
I thought all the cars were wrong
who were on the other side.
It was 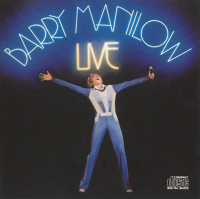 a very philosophical approach.
I thought they were wrong,
I was so convinced of it.
And I never went around to look.

And then there was the Rupert Holmes song “Studio Musician” on the list, a song I once loved from Barry Manilow’s 1977 live album. Barry Manilow even adds his jingle for State Farm at the end of it, reminding us he was a studio musician of sorts, a jingle writer.

All the discomfort of encountering my less-than-charming former self was somewhat alleviated by being reminded of this very lovely thing. 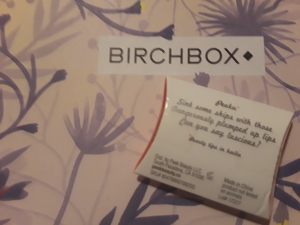 For Christmas I got a subscription to Birchbox, which is basically a monthly package of of beauty product samples for items you otherwise couldn't afford. I get overly excited when the box comes. I'm even charmed by the boxes themselves.

Anyway, one of the products that came this month had a poem printed on it.  It’s a limp plimper,  (don’t ask me; I just blindly use this stuff), and the packaging contains a haiku:

Sink some ships with those
Dangerously plumped up lips
Can you say luscious?

It’s also a haiku that worries me about its possible dangers...with the actual word danger in it! So this would make it both a poem and marketing fail.

Posted at 07:58 AM in Poetry Technology, Whole Life of the Poet | Permalink | Comments (0)