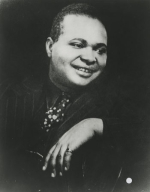 “What is Africa to me:
Copper sun or scarlet sea,
Jungle star or jungle track,
Strong bronzed men, or regal black
Women from whose loins I sprang
When the birds of Eden sang?” 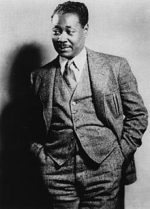 “Although she feeds me bread of bitterness,
And sinks into my throat her tiger’s tooth,
Stealing my breath of life, I will confess
I love this cultured hell that tests my youth!”

Two Harlem Renaissance poets together! Maybe I didn't shuffle these cards. We actually studied both of these poets in Harvard's EdX online Modernism course. Jamaica-born, McKay was involved in politics and felt anger at the oppresive systems of America, the subject of this sonnet. 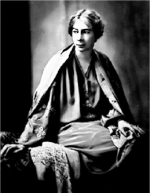 “The grass is walking in the ground.
Soon it will rise and blow in waves—
How can it have the heart to sway
Over the graves,
New graves?”

“Spring in War-Time” by Sara Teasdale.

Teasdale is from St. Louis but I had never heard of her until many years after I moved away. “Known primarily for her forlorn poems of love, (ex: “My soul is a dark ploughed field in the cold rain”--yikes!), and “tempestuous epistolary affair" with Vachel Lindsay, a poet I’ve come across a few times in the roster of New Mexico poets in the 1930s and also as an early poet of the Chicago circle who contributed to early issues of Poetry magazine. Everyone seems to have had an opinion of Lindsay and you either loved or hated him. Teasdale apparently loved him if not his poetry. They both committed suicide. I did not know that. Now my interest is piqued and I will look into this dramatic story. This excerpt, according to the card, is one of her most famous poems, not about love but about World War I and was “widely distributed among the soldiers on the front lines.”

“This is the soldier home from the war.
These are the years and the walls and the door
that shut on a boy that pats the floor
to see if the world is round or flat.
This is the Jew in a newspaper hat
that dances carefully down the ward,
walking the plank of a coffin board…”

I just saw the film Reaching for the Moon. This poem is about her visits to see Ezra Pound while he was in the hospital for psychiatric treatment. The poem was modeled after Ravel’s Bolero and “The House That Jack Built.” Not much biographical info is on the card which simply lists her places of residence. Interesting.

Posted at 10:33 AM in Today's Pillar of Poetry | Permalink