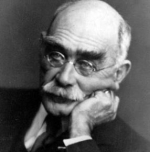 Continuing in 2017 to work through the Poet’s Corner card deck series. Getting toward the final third of the deck. Continue to be surprised by serendipity!

“If you can keep your head when all about you
Are losing your and blaming it on you;
If you can trust yourself when all men doubt you,
But make allowance for their doubting too;
If you can wait and not be tired by waiting,
Or, being lied about, don’t deal in lies,
Or, being hated, don’t give way to hating,
And yet don’t look too good, nor talk too wise… ”

“If” by Rudyard Kipling.

I've just been talking about this poem on two blogs…like this week! And here it came up as the next card I pulled from the deck. Anyway, the card says Kipling was an English poet born in Bombay. He was an idealist authoritarian, a romantic imperialist. His style was plain, without irony. George Orwell called “If” the “finest example of ‘good bad poetry.’” And I don't know what that means. 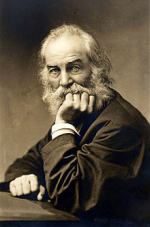 “Exult O shores, and ring O bells!
But I with mournful tread,
Walk the deck my Captain lies,
Fallen cold and dead.”

Whitman’s famous poem about the assassination of President Lincoln in 1865 which was also eulogized in “When Lilacs Last in the Dooryard Bloom’d.” The poem is about a captain guiding the national ship through the Civil War. Whitman would often see Lincoln walking down the street in New York City, and later Whitman gave popular lectures on Abraham Lincoln and recited this poem after the end of each lecture. By that time he claimed to hate the poem. He sounds like Cher of late. You may think that's pure silliness, but a hundred bucks he would have been a fan.

Shall I compare thee to a summer’s day?
Thou art more lovely and more temperate:
Rough winds do shake the darling buds of May,
And summer’s lease hath all too short a date.

Aside from Shakespeare’s Pizza in Columbia, Missouri…is there any other Shakespeare in the whole wide world? Although the sonnet form was the most popular poetry form in Europe in the 15th and 16th century (the Petrarchan variety) , Shakespeare’s sonnets were only privately shared and became famous only in the past century. I did not know that. Thank you poetry cards.

Posted at 09:58 AM in Today's Pillar of Poetry | Permalink