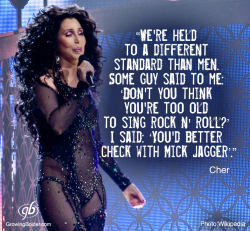 Cher made news last week after she turned 71, winning Billboard's exclusive Icon award and performing for other musicians who were born at a time when Cher was already in her 40s and singing a newly minted "We All Sleep Alone."

As I’ve said before on my other blog, I love it when my two nerdy blog projects overlap. Over on that other one I’ve been writing about enjoying the Cher and Sonny & Cher TV shows from the 1970s re-airing on GetTV. I recently came across Cher reciting a poem on a Cher show episode from 1975, Cher reciting “If” by Rudyard Kipling. 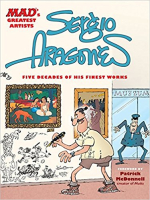 If you're old enough to remember The Sonny & Cher Comedy Hour (1971-1974), you might remember that show's popular John Wilson cartoons. Later, the Cher show provided visuals to this segment, illustrations by Mexican cartoonist Sergio Aragonés whom you might recognize from 1970s MAD magazines and books.

It's interesting to note that Cher, like everybody else, can’t help but recite in the plodding “poem voice.” There are some prophetic moments in the cartoon and poem, including bits about narcissism and political corruption.

But don’t worry, I’m not pushing for Cher to win the Nobel Prize in Literature for her rewrite of Seals & Crofts “Ruby Jean and Billy Lee” (although it’s not too bad).

I’ve also recently had a chance to write about the Armenian poets over on that blog, poets from Carolyn Forche’s anthology Against Forgetting, 20th Century Poetry of Witness (Cher’s half Armenian).

Forche’s anthology starts with the Armenian poets who mark, for Forche, the first instance of modern genocide.  Find links and excerpts of the poems of Siamanto and Vahan Tekeyan over at I Found Some Blog.

Posted at 08:21 AM in Poetry Technology, Whole Life of the Poet | Permalink

Cher is a woman of steel. At her age and still racking in awards, she's just the real deal.

She still has it in her