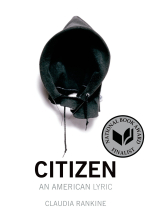 Last year I started a difficult book club reading group with Monsieur Big Bang and some friends from the graduate writing program from Sarah Lawrence. So you guessed it: this group is very white. Our first book was David Foster Wallace's Infinite Jest. We followed that with White Noise by Don DeLillo and now we’re reading Lucia Berlin’s Manual for Cleaning Women.

We're unabashed intellectuals and politics are always part of our discussions, especially as the U.S. elections fell like a hammer into our first year's meetings. Two women in the group recently recommended Citizen: An American Lyric by Claudia Rankine as one of the best books they’ve read in a while. One of the daughters of the members even said they would join the group if we picked that book as a selection, (which we probably won’t because so many of us have already read it). But these poems do have an unexpected connection back to Infinite Jest as both comment somewhat ruefully about tennis tournaments.

As soon as it was recommended to me I was in a hurry to get it because I’m now ravenous to read political poetry.  This book, most famously, covers police violence deaths, each new edition adding names. 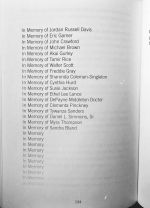 But this book is also an amazing psychological investigation on micro-aggression. And if you think of micro-aggressions as unintentional (and therefore innocent), the mistakes of ignorance or language, (like accidentally mispronouncing Cantonese and offending a native speaker), this book show you the fine points of what it really is.

I would say this is required reading in light of the political realities of today. More on Claudia Rankine: Who Is Claudia Rankine? The Poet Just Received The MacArthur "Genius Grant" (Bustle) 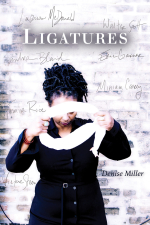 It feels like the black lives matter movement lost some steam when Trump was elected. We have so many problems now competing for our attention. Rankine’s book is a good reminder to revisit books of poetry dealing with accelerating police violence and dehumanizing black people. Forget micro-aggression for a second. This is macro-aggression.

One of the runners up of the Rattle chapbook competition was Ligatures (for black bodies) by Denise Miller which I was lucky enough to receive as a subscriber last year. It’s 35 pages that pack a big punch.  You can can get a copy for six dollars and it’s well worth the price.