« College Reading on Humility | Main | How to Submit Poems to Journals »

The Regard for Poetry...Right Now 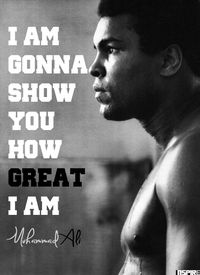 Poetry has been all over the news the past few weeks but if you weren't paying attention, you will have missed it. Poetry is intricately linked into our lives whether or not we think it’s commercial or relevant or goes sadly unnoticed. My news clippings on Big Bang Poetry over the past years prove, (to me anyway), that poetry is not ignored in major magazines and culture. In fact, it's there in times that are both disastrous and calm and is especially prominent during our days of national failings and tragedies.

Seeking solace in poetry after a mass shooting (PBS NewsHour)

Those refer to the Orlando shooting at the Pulse nightclub. But don't forget there was a UCLA shooting this month as well.

'Where We Find Ourselves': Juan Felipe Herrera's poem on the shooting at UCLA (The Los Angeles Times)

On the US Election

On the radio last week regarding Trump's most current political speeches I once again heard this sobering poem invoked, "First They Came" by Pastor Martin Niemöller.

And poetry was invoked multiple times in stories commemorating the life and death of versifier/boxer Muhammad Ali:

Muhammad Ali: A Poet In And Out Of The Ring (NPR) 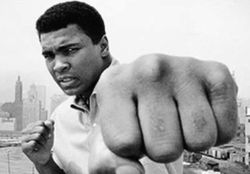 And as you may know I also blog as Cher Scholar somewhere else. When Ali died, this video of two of his poetry performances, one on a 1977 episode of the Sonny & Cher Show found it's way around Facebook.

Even in pop culture.

Posted at 12:29 PM in Poetry News, Think Outside the Lament | Permalink