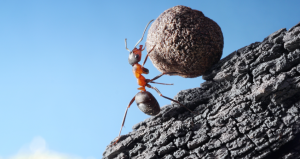 I posted a list of quotes for thinkers about six months ago and it seemed popular so I’m doing it again.

Quotes and aphorisms can be very helpful little teaching moments for writers and other creatives, basically all of us thinkers. They’re also really good reality checks. Many of these are again from the Bo Sack’s marketing newsletters I get on my day job and they all involve skills you need as a writer, especially as a poet.

"Social networks do best when they tap into one of the seven deadly sins. Facebook is ego. Zynga is sloth. LinkedIn is greed." Reid Hoffman

"Opportunity is missed by most people because it is dressed in overalls and looks like work." Thomas A. Edison

"I put my heart and my soul into my work, and have lost my mind in the process." Vincent Van Gogh

Both Maya Angelou and Edith Wharton read books as children even before they understood the meaning of the words printed in them. The loved language and they loved it pre-meaning. “You can only become great at that thing you can really sacrifice for.” Edith Wharton

"Individual commitment to a group effort - that is what makes a team work, a company work, a society work, a civilization work." Vince Lombardi

"Time changes everything except something within us which is always surprised by change." Thomas Hardy

"If it's free, it's advice; if you pay for it, it's counseling; if you can use either one, it's a miracle." Jack Adams

"Nothing is softer or more flexible than water, yet nothing can resist it." Lao Tzu

"Success is really about being ready for the good opportunities that come before you. It's not to have a detailed plan of everything that you're going to do. You can't plan innovation or inspiration, but you can be ready for it, and when you see it, you can jump on it." Eric Schmidt, University of Pennsylvania Commencement Address, 2009

"Anything that is in the world when you're born is normal and ordinary and is just a natural part of the way the world works. Anything that's invented between when you're fifteen and thirty- five is new and exciting and revolutionary and you can probably get a career in it. Anything invented after you're thirty-five is against the natural order of things." Douglas Adams, The Salmon of Doubt

"Things can fall apart, or threaten to, for many reasons, and then there's got to be a leap of faith. Ultimately, when you're at the edge, you have to go forward or backward; if you go forward, you have to jump together." Yo-Yo Ma

Being Positive Instead of Negative

"To condense from one's memories and fantasies and small discoveries dark marks on paper which become handsomely reproducible many times over still seems to me [...] a magical act, and a delightful technical process. To distribute oneself thus, as a kind of confetti shower falling upon the heads and shoulders of mankind out of bookstores and the pages of magazines is surely a great privilege and a defiance of the usual earthbound laws whereby human beings make themselves known to one another." John Updike

"Sometimes when you innovate, you make mistakes. It is best to admit them quickly, and get on with improving your other innovations."  Steve Jobs

"Here's to the crazy ones, the misfits, the rebels, the troublemakers, the round pegs in the square holes... the ones who see things differently -- they're not fond of rules... You can quote them, disagree with them, glorify or vilify them, but the only thing you can't do is ignore them because they change things... they push the human race forward, and while some may see them as the crazy ones, we see genius, because the ones who are crazy enough to think that they can change the world, are the ones who do." Steve Jobs

"It is difficult to get a man to understand something when his job depends on not understanding it." Upton Sinclair

"It requires a very unusual mind to undertake the analysis of the obvious." Alfred North Whitehead

"Any time scientists disagree, it's because we have insufficient data. Then we can agree on what kind of data to get; we get the data; and the data solves the problem. Either I'm right, or you're right, or we're both wrong. And we move on. That kind of conflict resolution does not exist in politics or religion." Neil deGrasse Tyson

"Lack of money is no obstacle. Lack of an idea is an obstacle." Ken Hakuta

"Creativity is allowing yourself to make mistakes. Art is knowing which ones to keep." Scott Adams

"The most reliable way to forecast the future is to try to understand the present." John Naisbitt

"If you spend too much time thinking about a thing, you'll never get it done." Bruce Lee

"Don't ask me who's influenced me. A lion is made up of the lambs he's digested, and I've been reading all my life." Charles de Gaulle

"The best intelligence test is what we do with our leisure."  Laurence J. Peter

"In school, you're taught a lesson and then given a test. In life, you're given a test that teaches you a lesson." Tom Bodett

"Data is not information, Information is not knowledge, Knowledge is not understanding, Understanding is not wisdom." Cliff Stoll & Gary Schubert

"We don't receive wisdom; we must discover it for ourselves after a journey that no one can take for us or spare us." Marcel Proust

I wanted to end on how we think, how we process and how we write in order to list a few new articles on processing and keyboards. This first link is an insight graphic from an analytics blog I follow.

Next up is an article dealing with the fact that handwriting initiates thoughts in ways typing on a keyboard does not. From The New York Times, Why Handwriting Is Still Essential in the Keyboard Age. And what about that keyboard? Why are the letters scattered around like they are? And who was thatfirst writer to think with it? The New York Times also published in their daily digest about the history of the keyboard.

The layout of the keyboard you use today has a lot to do with a machine that you very likely haven’t used — or maybe even seen — in years. That invention, the “Type-Writer, 1868,” was granted a patent on this day. With its ivory keys, it looked like a mini-piano and took up an entire table. It wasn’t very successful, partly because typists couldn’t go very fast. The keyboard was laid out alphabetically, and the keys would lock up if letters that were close together were struck too fast in succession. The solution that the inventor, Christopher Latham Sholes, came up with in the 1870s was to spread out the most commonly used letters across the keyboard to prevent the jams. It was called the Qwerty keyboard, after the first six letters of its top row, which also has all the letters needed to spell “typewriter.” This may have been done so salesmen could more easily type the new word. The Qwerty keyboard has long been criticized as inefficient, but it has been the most popular form of English-language typing since Mark Twain typed out “Life on the Mississippi” (1883), by some accounts the first time an author handed in a typewritten manuscript to his publisher. Early on, typewritten messages were seen as impersonal. Anyone who has received a handwritten letter is likely to say that still holds true today.