Intent and Abstraction in Racial Protest 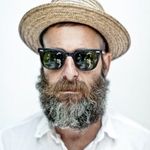 Earlier this year I did a piece on Vanessa Place's political twitter project, talking about the pitfalls of confronting racism in America with art pieces.

Since then, I've come across more stories about art pieces dealing with racism that have bombed miserably:

- Kenneth Goldsmith attempting to read the autopsy of Michael Brown, one of the past year's victims of police violence.

- The Vanessa Place Gone with the Wind tweet project.

It was the effigy story that changed my mind about the issue. In that article you will see elaboration on why these art pieces have continually been read as offensive and not thought-provoking. In the effigy case, the collective artists were black. They describe themselves as "queer black and PoC" (people of color).

So, even when the artists were black, the same results are happening.  The article on the effigy was educational: it seems when there is no clear meaning of intent, offense always trumps the message (for lack of a clear message).  Intent, when obscured, is highly disrupted:

"the effigies' powerful message was muted, if not canceled out, by the unclear intent. 'The relief does not negate the initial trauma,' said the Rev. Michael Bride."

..."What would have happened, he asked, "if swastikas started popping up everywhere and were intended to be a teachable tool to remind people about the Holocaust but no one was there to associate them with the lesson?"

Before, I've tended to sympathize with the misunderstood protesters. You have to engage with art before you condemn it. If you're not going to read the piece fully, you surrender the strength of your own position.

But when you are dealing abstract artists who deal in statements, by definition, that are without context, the pieces cannot be read fully. And this is why they appear racist.

Similarly, this was one of the recent complaints about pink-ifying everything for breast cancer. In this recent story about the pink balloons flying in downtown New York City, the objects are meant to symbolize exercise and diet in fighting breast cancer but there is no signage connecting the symbol to the idea.

"Outside the New York Sports Club on West 41st Street in Manhattan, pink and white crepe paper wraps the poles propping up a scaffold to protect pedestrians from construction debris. Tied to the poles are pink and white balloons and pink crepe paper flowers. Although there is no sign saying so, the decorations are to make women aware that exercise and diet can reduce their risk for breast cancer, said Lisa Hufcut, public relations director for Town Sports International, the parent company. And to make them aware of the importance of mammograms, she added."

Talk about a message getting lost in the design. This is the, unfortunately, one of the problems abstract art gestures (and pieces signifying informational disconnect) have left us with.