« Poetry Poll: How Do You Share Your Poetry | Main | Outside-the-box Learning Technologies for Poets » 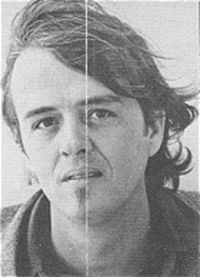 Poetry in the News

A lot of poetry news happened during the month I was gone. Here is a sampling...

Amy Gerstler’s “Scattered at Sea” throws convention and familiarity overboard and asks us to consider what remains.  (Washington Post)

Gary Snyder, 'Poet Laureate of Our Continent,' Lives in the Present   (Newsweek)

A Day in the Life of a Modern Poet  (The Huffington Post)
“Last fall, we were issued a $250 fine for accepting a donation for poems we wrote on The High Line on National Poetry Day. Later, we learned of the vicious debate swirling the city about buskers and other public performers. We hadn't done our homework before trudging our typewriters to the city, so we innocently accepted the few bills floated our way as we wrote and gave away our poems for two hours before a sharp-tongued park police officer whipped out her citation pad. We fought the ticket in court, but lost, and felt so discouraged by the outcome that we were nervous to attempt writing poetry in public again.”

Larkin, Poet’s Corner? Shouldn’t there be another place for poets like him?  (The Guardian)

Poet Claudia Rankine: ‘The invisibility of black women is astounding’  (The Guardian)