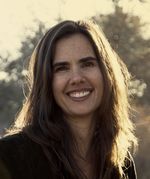 Poetry writing is a field where everyone is on a mad mission to distinguish themselves from everybody else. The popular complaint among poets is that everybody writes but nobody reads. It’s true that reading someone else’s writing is a compassionate act and not too many writers are on a mission of compassion. They're on a mission of self-esteem. It's exhausting and Kristin Neff is a scientist who has given a Ted Talk on compassion versus self-esteem. She talks about how the self-esteem movement has contributed to the narcissism epidemic and how this contributes to bullying in various populations and the great American fear of being average.

You see the self-esteem drama everywhere: on TV advertising, interacting with drivers on the street, in awful news stories. I see it in MFA ads for poetry programs. In fact, there's a new game in town: tapping into a student's ego to lure them into the program. In Poets & Writers issue January/February 2015 there's an add full of published books with a blank space reading, “The Place for our Next Book is Here” (meaning you!) and in APR's last issue there is an ad stating “Before you write your success story, you have to find your voice.” It's all about your success story! Wow.

These are topics I cover in Writing in the Age of Narcissism. For years, advertising has been banking on our narcissistic tendencies, our self-obsession and our desire for fame and to consider ourselves above average.

View the Ted Talk: The Space Between Self Esteem and Self Compassion: Kristin Neff at TEDx Centennial Park Women

More quotes on the topic:

And I'm not the only poet talking about this. Bianca Stone (daughter of Ruth Stone) says, “I’ve always been drawn to science, especially neuroscience. I feel that poets look at the world so differently because of something to do with the way their brains are wired." Bianca Stone, Poets & Writers, January/February 2015

In his essay "Casting Stones" on the Mary Kay Letourneau story called Charles D’Ambrosio talks about the “reflective rush to judge” and “threadbare or disingenuous language which failed to allow for the possibility that [the case] was both simpler and more complex than they were prepared to understand or admit...My felling was, first you sympathize, then you judge – that’s a complex human response. You sympathize first, and until that happens, you don’t understand anything.” Quoted in Poets & Writers, November/December 2014

Inspired by this, I've decided to embrace my average-ness. I’m an average working writer. And that’s okay. In fact, that’s pretty respectable.

Posted at 07:08 PM in Lifestyles of Poets, Poetic Realities, Think Outside the Lament, Whole Life of the Poet | Permalink