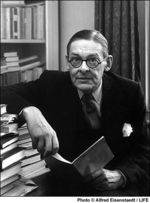 I did enjoy my subscription to Poetry London over the last few years. I liked it for its many reviews placing large amounts of international poets—insiders and outsiders—on my radar. But it has been expensive getting the magazine stateside and so for now I've switched to a virginal subscription to Poetry Magazine and the tiny journal of short fiction called One Story. Tough times, tough choices.

My first issue of Poetry (February) included a pretty amazing experimental poem by Elizabeth Willis called “Steady Digression to a Fixed Point” with some skillful verbal weaving that actually takes us somewhere.

There's also a snippet of the Amiri Baraka poem “Tender Arrival” that I wanted to share:

“What do you call that the anarchist of comfort asks,
Food, we say, making it up as we chew. Yesterday we explained
language."

Over the last few weeks I've received two emails from Poets.org/The Academy of American Poets that were very interesting, one for St. Patrick's Day and the the start of spring and another for Women’s History Month. The emails include a list of relevant poems along with links to audio poems and video.

The poetry list for spring and St. Patrick's Day:

Visit their links above to view the poems and sign up for their emails to get these email lists.

As a teen I was very inspired by Mark Twain’s home in Connecticut and his typewriter in Hannibal, Missouri. Since then I've always looked forward to visiting writer's homes. Poet's don't get as many museums turned out of their homes, however. But now we have one more:

And because I've had family in Anchorage and Santa Fe...

Last week I found an app called "The Waste Land" from Touch Press Limited costing a pricey $13.99. If you're a big fan of this poem however I'd say the cost might be worth it. The app boasts having a performance of the poem by Fiona Shaw, audio readings by many people from Ted Hughes to Viggo Mortensen to Jeremy Irons and lots of references, allusions, and notes on structure. There are also 35 perspectives on the poem and the original manuscript with Ezra Pound’s editing. Find out more: http://thewasteland.touchpress.com/

Or you can buy the African American Poetry app for 99 cents and this app includes hundreds of poems.