« A Book About Womanhood; A Book Doing the Work of Zen | Main | Things to Check Out (or not) » 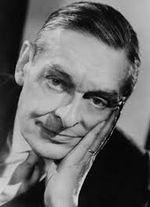 “Mr. Eliot has shown that he can at moments write real blank verse; but that is all. For the rest he has quoted a great deal, he has parodied and imitated. But the parodies are cheap and the imitations inferior.”

“…it is the finest horses which have the most tender mouths and some unsympathetic tug has sent Mr. Eliot’s gift awry. When he recovers control we shall expect his poetry to have gained in variety and strength from this ambitious experiment.”

Posted at 06:50 PM in Poetic Realities, Publishing, Think Outside the Lament | Permalink